Metaverse is the UI for web3 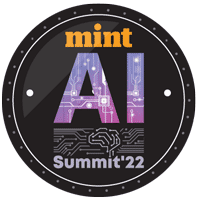 The terms metaverse and web3 may go hand-in-hand today, but the two are actually distinctive technology. According to experts, speaking at the Mint AI Summit on April 29, the metaverse is the user interface (UI) for the world of web3. Virtual and mixed realities will allow users to experience web3, they said, very similar to how web browsers allowed users to experience web 1.0 and web 2.0.

They said that while web1 was about one-sided content, web2 introduced the concept of user-generated concept, and web3 will add an element of ownership to all that.

“Can you register ownership of physical, digital, data and Intellectual property entities on the web? And that ownership can also be transacted seamlessly as data is today. For me that is the differentiator of the readwriteownweb," said Chandra.

But can web 3.0 true potential be realised with the internet as it exists today? Definitely not, believes Jaspreet Bindra, founder of Tech Whisperer, a UK based digital transformation advisory agency.

“Metaverse in many ways is like the UI of web3,” opines Bindra. And in many ways it could be true, given that web 3.0 relies heavily on immersive experiences and technologies such as the likes of artificial reality, augmented reality, 3D and AI.

There are different metaverses currently in existence, this includes the likes of Decentraland, The Sandbox, Roblox, Fortnite’s Epic games, and even Facebook’s own metaverse, called Horizon Worlds.

“The internet is going to evolve from 2D to 3D, and the 3D form factor requires a visual interface that goes beyond the desktop and mobile phones,” said Aiar.

According to Aiar, the three pillars of Web 3.0 world will be 3D websites, a blockchain-based central anonymous repository for storing data, and the gamut of AR/VR devices that will enable the whole immersive experience.

A prominent use case of Web3.0 in India already underway are NFTs or Non-fungible tokens sold on the Metaverse.

Watch the whole summit here link: Join us at the next big event on AI: Mint AI Summit - YouTube.