The number of Internet users residing in rural India has surpassed urban centres for the first time in 2021, Internet and Mobile Association of India (IAMAI) and Kantar revealed in their new report ‘Internet in India’ published on Thursday.

The report said that India has 692 million active Internet users, which is expected to grow to 900 million by 2025. Rural India is expected to drive this growth, the report added. 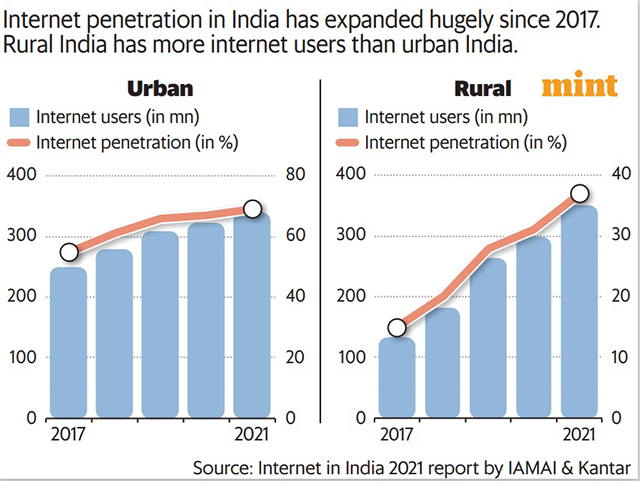 In terms of online activities, the report claims that around 346 million Indians are spending time on e-commerce sites and making digital payments. However, entertainment, communications, and social media were recognised as the top three online activities for Internet users in India.

The report shows that OTT penetration in rural areas is the same as in urban India. However, the gap between the two is still higher in online gaming, digital commerce, and payments, indicating room for growth in rural India.

The ‘Internet in India’ report is based on the ICUBE 2021 study, which covers over 77,000 households across all states and UTIs.