Meta takes action against 27 million posts in India in July

Facebook parent Meta cracked down on over 27 million posts across Facebook and Instagram in July for violating community guidelines, according to the latest monthly transparency report for India, published August 31. The report shows that Meta took action against around 25 million posts on Facebook and around 2 million on Instagram.

According to Meta, taking action includes removing a piece of content or covering photos or videos that may be disturbing to some audiences with a warning. 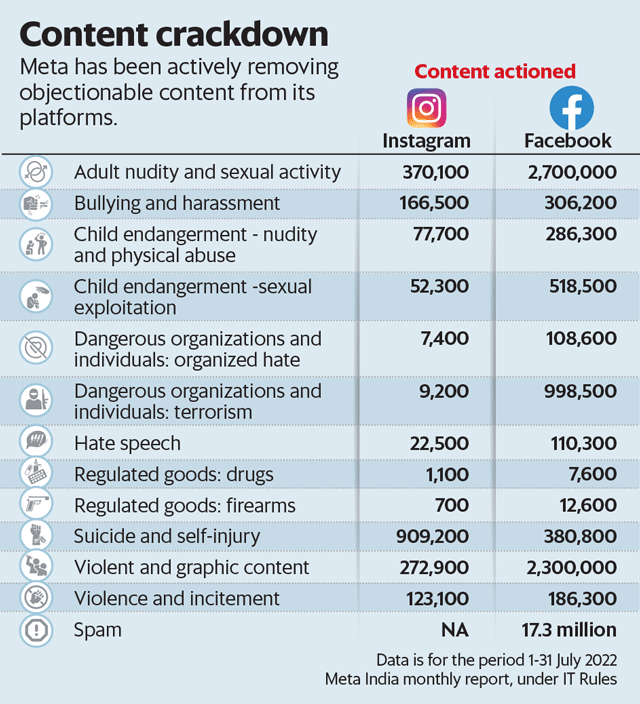 Out of the 25 million Facebook posts against which action was taken, 17.3 million were spam, 2.7 million involved adult nudity, and sexual activity, 2.3 million had violent and graphic content, and over 1 million were linked to dangerous organizations and individuals such as those linked with terrorist activities.

Similarly, on Instagram out of the 2 million, close to 1 million posts against which action was taken were on suicide and self-harm, while 370,000 were promoting adult nudity and sexual activity.