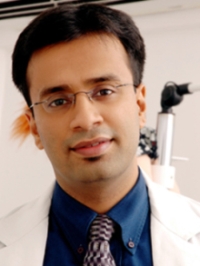 For millions of netizens, the internet is the first point of reference for any health problem. But a critical issue is how to chaff out the amateur advice that may at most times, work as a placebo, but in the worst case scenario could aggravate a health problem. Doctor turned entrepreneurs Debraj Shome and Arbinder Singal started their online venture MediAngels in January this year and positioned it as an e-hospital to provide information and services for the prevention, diagnosis and treatment of medical conditions.

The venture also seeks to reduce the health information asymmetry by providing consumers with accurate information, so that they are able to make the right health decisions.

"It is funny that consumers can have the best pizza and buy the best laptop in India today, but most people do not have the means or the patience to evaluate medical care they are receiving in an objective manner and no means to consult the best doctors in the world. That is where MediAngels brought in a radical change," says Shome. See our video report

MediAngels has a panel of 300 doctors from 85 specialties and sub-specialties, has tie-ups with more than 21,000 laboratories across the country in India and provides online storage space for medical documents and reports plus a live chat feature for one-on-one communication with doctors. A consultation with an Indian doctor can cost a patient as little as Rs.250 (compared to an average of around Rs.500 that a general practitioner charges in a reputed private hospital or clinic in tier I cities in India) and a session with a global practitioner may cost around $100 (Rs.4,484).

The Company works on a 60:40 revenue-share model where the doctors on the panel receive majority of the money while MediAngels gets the rest.

The company's monthly burn rate is around Rs.40- Rs.50 lakh and it currently has three offices in Mumbai â€“ one for the technology team, another for the sales & distribution team and the third one for the digital sales and marketing team. One of the offices also doubles up as MediAngels operation centre.

MediAngels traces its roots to a personal tragedy for one of the co-founders. In 2009, Shome's father was diagnosed with lung cancer which had already spread to four organs and doctors said he had, essentially, just around six months to live.

But Shome was able to gain access to Dr Katherine Pisters, at the MD Anderson Cancer Center, and she advised him to try a new medicine for lung cancer â€“ a medicine which was not being used in India at that point of time. "We tried that drug and in six months, my dad was cancer-free," recalls Shome.

It has been three years since then and although his father had three relapses since, the Shome family has been able to find a new medicine each time that has prevented the disease from spreading.

"Being a doctor, I had access to all these specialists and was able to treat my dad in a way no one else would have been able to. That's why we decided to set up a consulting platform which would allow end-consumers to go and seek opinion for their particular diseases from the best doctors around the globe," says Shome.

Initially, Shome and Singal invested a few crore from their own pockets to establish MediAngels and had an investment of Rs.3 crore from HDFC Holdings Ltd., a wholly owned investment arm of India's largest mortgage lender HDFC.

As of end May, MediAngels already had 1,500 customers, 40 per cent of whom were from outside India from countries like Australia, USA, Thailand, UK, Singapore, Africa and the Middle East.

Out of the 60 per cent customers from India, half were from metros like Mumbai, Bangalore, Hyderabad and Calcutta while surprisingly the other half were from small towns (in a country where the internet penetration is very low) like Jhumri Talaiya, Kohima and remote parts of Assam.

MediAngels has far exceeded the revenue projections made by its founders and this has also pushed up its company valuation within three months of its launch. MediAngels is now looking at opening new offices across the country. The company will also hire at least 100 people by the end of the year for operations, marketing, sales and distributions.

Shome thinks that the company will require at least $20 million (around Rs.90 crore) more to become a globally placed e-hospital and he intends to raise more funds for the same.