Times Internet's BoxTV goes public; claims to have 100K users on board

BoxTV is a service that would allow users to watch a range of content from movies to TV shows to short films. It also offers a large selection of regional content in Tamil, Telugu, Kannada, Marathi, Gujarati, Malayalam, Bhojpuri and Bengali. Revenue-wise it works on a freemium model. Part of the content would be on ad-supported free-to-user basis and rest will be available for monthly subscription. Indian subscriptions start at Rs 199 per month, while users in US and UK would need to shell out $4.99 and £4.99 per month, respectively. It claims to have around 17,000 hours of content of movies and 5,000 hours of TV shows. 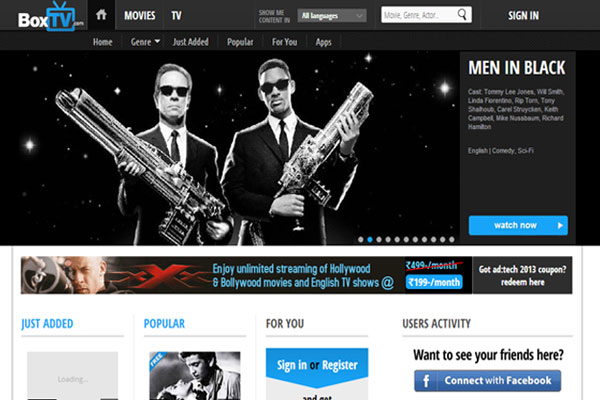 BoxTV is available on various platforms like iPhone, iPad, Android phones and tablets Kindle Fire, EvoTV, Woxi Pod and Roku. Apps for Windows 8, J2ME and Blackberry platforms are currently in the pipeline, stated an official release.