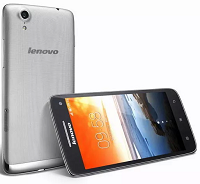 Unveiled at the IFA 2013 consumer electronics show held Berlin earlier this year, Lenovo has now launched Vibe X, the slimmest device from the company till date in the Indian handset market. The smartphone runs on the Android operating system and is available for a price of Rs 25,999. Here is a quick look at the specifications of the devices.

The newest member of Lenovo's premium smartphone portfolio has a 5 inch full HD IPS capacitive touchscreen display (1920Ã—1080 pixel resolution) and 440 ppi pixel density. It is powered by a 1.5 GHz quad-core MTK 6589T processor and has 2GB of RAM. The device runs on the Android 4.2 Jelly Bean operating system and the internal memory of the device is 16 GB, although additional microSD expansion is not available.

On the camera front, this one has a 13 mega pixel autofocus rear camera with LED Flash that can also record full high definition videos (1080p) at 30 frames per second and a 5 MP front facing camera for video calling and high-quality self-portraits. The camera also includes a built-in software editor to help enhance facial features.

In addition, the Vibe X comes preloaded with a full-featured photo application that enables users to create custom tags or folders, as well as fresh display arrangements on the screen. Users can also create puzzles and customise specific games from the photos available in the smartphones photo library.

In terms of connectivity, the device has Wi-Fi (with Wi-Fi hotspot), Bluetooth 4.0 and 3G, as well as a microUSB port. While the company did not disclose the exact dimensions of the device, it is 6.9 mm in thickness (making it as thin as a pencil) and its weight is 121 grams (about the weight of five AA batteries). The device also has GPS, with A-GPS support, and is available in black and silver colours.