RedMart Pte Ltd, a Singapore-based startup that owns and operates the online grocery store RedMart.com, has opened a development centre in Bangalore. However, the company has clarified that it is not making its online grocery service available in India, and the centre is only to hire top-quality engineers to innovate RedMart's e-commerce capabilities.

Led by Sanjeev Bijapur, a former solution architect of Tesco.com, there will also be a large pool of technology development talent at the centre. It will be the analytics hub for data oriented decision making, and will also provide the next generation optimisation algorithms for key business processes.

"Tapping the local talent will give us an opportunity to build a high performance team, enabling us to work on disruptive technologies and be part of an exciting working atmosphere," Bijapur said.

The move comes nearly three years after the start of the company's operations in Singapore, and is the next step in the strategy to support and enhance their e-commerce technology platform. RedMart was founded by the trio of Roger Egan, Vikram Rupani, and Rajesh Lingappa. 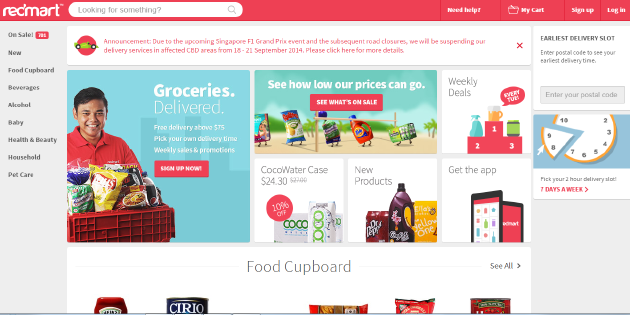 Prior to this round, RedMart had raised an undisclosed amount in its Series A funding in July last year. The round was led by Garena, a Singapore-based gaming firm, and saw participation from Skype co-founder Toivo Annus. Other investors in the company include Golden Gate Ventures and East Ventures.