Saavn (South Asian Audio Video Network), a US-based Indian digital music service said it has reached a milestone of 10 million app downloads on Android platform across 190 countries. The firm which competes with the likes of Times Internet's Gaana and Hungama among others also offered an insight into its listener's behaviour. 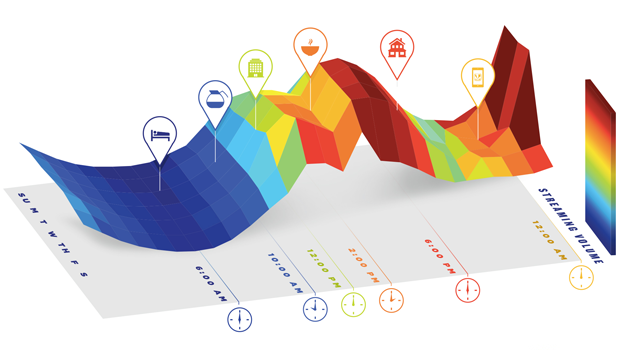 As per the data from the company on usage pattern from 30 million data points, consumers listen to Saavn almost uniformly in each day of the week with usage peaking during mid-night when users are mainly listening to soft romantic songs followed by the time post lunch where users prefer party songs.

During the rest of the day it witnessed traffic from users who preferred all types of music ranging from devotional to happy, romantic and trending new songs.

Saavn's services are available worldwide, where India accounts for 70 per cent of its total user base.

Recently, Saavn entered into licensing agreements with Warner Music and EMI Music that helped it add 800,000 tracks from international artists. This takes Saavn's total number of tracks to two million and covers all major labels in the US, including Sony and Universal.