Mumbai-based startup Ping Digital Broadcast Pvt Ltd, an online video broadcasting network that produces and distributes original content through channels hosted on YouTube, has raised an undisclosed amount of funding from a syndicate of 10 angel investors including Monisha Advani of Emmay Entertainment.

"Most of us come from the background of either media or film industry. Digital space has become very fertile in the recent past and Ping is growing rapidly and is a promising player," Advani told VCCircle.

Advani is the executive director of the Hindi film production house. She was earlier heading HR services and head-hunting firm Emmay HR which was acquired by Randstad.

Madhu Bhojwani, partner at Emmay Entertainment & Motion Pictures, was one of the other investors who participated in this round.

The report was first carried by The Economic Times. 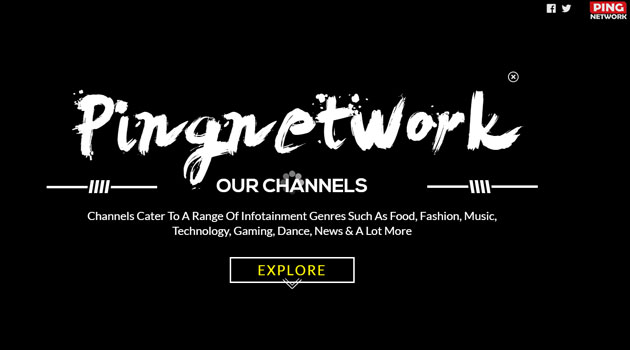 The round was closed in December 2014. Before this the startup had raised angel funding from Ashwin Dhamera, founder of TravelGuru, and Ankur Daga, CEO of Angara.com, a New York-based e-commerce venture dealing in precious stones in 2012.

The startup was set up in 2012 by former business journalist Govindraj Ethiraj.

Ping enables its partners to manage, monetise and optimise their content, to increase cost per impressions and subscribers. It claims to have 150 YouTube channels across categories such as entertainment, health and fitness, lifestyle and technology among others. It claims that its viewership has crossed 66 million.