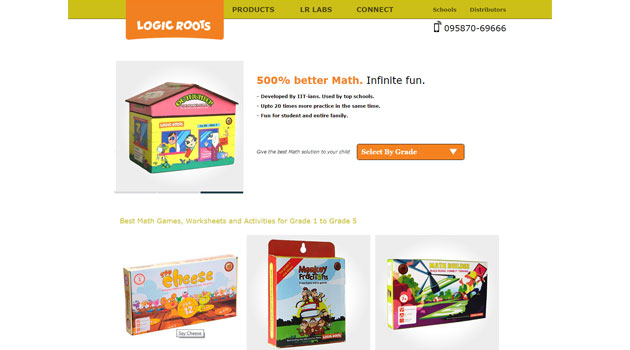 Jaipur-based startup LogicRoots Pvt Ltd, which develops educational material in the form of interactive games—both physical board and digital games—has raised around Rs 2.5 crore ($400,000) from Ah! Ventures' investment network Club Ah! along with Calcutta Angels and 91SpringBoard, it said on Monday.

The funds will be used for product development and expansion.

"Everyone from parents, teachers, and even governments are trying to 'push' learning, which is not only expensive in terms of time and effort but also highly ineffective in terms of the learning outcome. At LogicRoots, we are generating the 'pull' to practice by gamifying learning," said co-founder Gunjan Agrawal.

The company claims that its app Mathaly ranks among the top 50 educational apps in the US on the Windows platform.

It uses e-commerce marketplaces such as Amazon to sell its maths board games.

"Specialised gaming is a very interesting space. It's still new for India, but it's picking up very fast globally. They have achieved very good traction internationally in very less time and have plans to get into more specialised games in near future," said Abhijeet Kumar, founding partner, ah! Ventures.

Another startup in the space is MadRat Games, which grabbed $1 million in funding from Flipkart and GlobalLogic founders last year. It had previously also raised money from Blume Ventures.