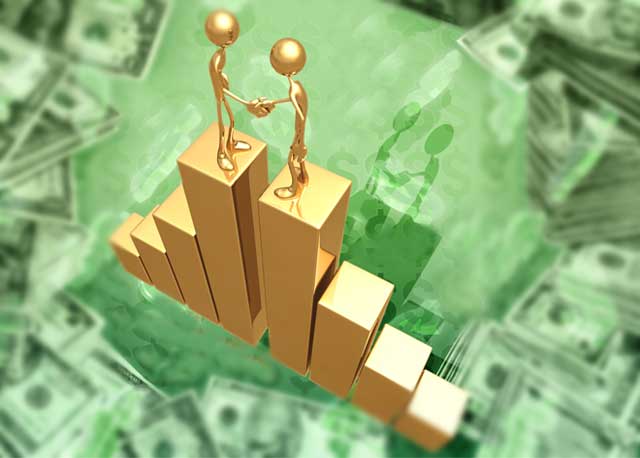 Faced with deep-pocketed global players backing their rivals, several once high-flying real-estate startups are considering mergers, at the behest of their investors, in India's intensely competitive online real-estate space.

Several people familiar with ongoing conversations say IndiaProperty.com is inching closer to combining with IndiaHomes.com, as a precursor to convincing existing and new investors to fund another round of capital infusion.

Meanwhile, Tiger Global appears to have put pressure on CommonFloor.com to consider rolling into the nascent QuikrHomes vertical of online classifieds company, Quikr, say people familiar with those discussions. Tiger is an investor in both startups.

While it is still possible that both deals may not end up getting consummated over valuation and other integration issues, these currently ongoing conversations reflect a new, harsh reality in India's real estate space: funders have become very picky with new bets in a stubbornly flat housing market.

Several people familiar with the situation note that the sector is now increasingly viewed by investors as having consolidated into four clear clusters: the traditional listings incumbents MagicBricks.com and 99acres.com; deep-pocketed newer players such Housing.com, backed by SoftBank, and PropTiger.com, backed by NewsCorp and SAIF; and a third group of standalone companies that face the prospect of a costly battle for long-term growth if they remain standalone. In this category are IndiaProperty, IndiaHomes and CommonFloor.

The last group is a motley assortment of players, many of whom got into the market on the coat-tails of the first-generation startups and find themselves scrambling to survive in a prolonged real-estate down market.

The reordering of the space appears to have been set off first by global giants SoftBank and News Corp entering the market late last year. That was quickly followed by PropTiger jumpstarting the consolidation by buying Makaan.com and morphing itself into a model that now spans both primary (new) and secondary (resale) marketplace.

On top of that, with high interest rates stalling new home purchases and a glut in the market dampening price-appreciation of existing homes, investors have suddenly become wary of funding existing, standalone players as they see the likes of SoftBank and News Corp willing to ride out current market conditions with long-term India-centric bets.

VCCircle first reported in May that Quikr had initiated talks with CommonFloor at the behest of their common investor Tiger Global.

In response, CommonFloor CEO Sumit Jain tweeted a denial saying there was no iota of truth in the report.

Folks, just to clarify, there is not one iota of truth in the news by @vccircle.

Now, renewed conversations between Quikr and CommonFloor, are "progressing," said one person involved in the discussion who didn't want to be named. Another person with a rival company in the online property listing space said: "The build-out of a listing portfolio is quite time consuming. By acquiring CommonFloor, Quikr would get this ready-made."

At its last round of capital infusion, CommonFloor was believed to be valued at about $130 million. It is unclear how much cash it still has. It is unclear what paper valuation is being assigned to CommonFloor, which has raised $57 million in seven rounds and whether both cash and Quikr stake will be offered to existing CommonFloor investors, which include Accel Partners and Google Capital.

According to data available on VCCEdge, the financial intelligence platform part of this website, CommonFloor reported Rs 29 crore loss on Rs 22 crore revenue in 2014.

Meanwhile, Quikr, which announced QuikrHomes back in April, has not seen much traction of its own in the space.

Meanwhile, talks between IndiaProperty and IndiaHomes are going on, according to three people familiar with the development. Both firms have been independently shopped around but found no takers, say two of them.

Asked about the timing of a possible deal with IndiaProperty, Samarjit Singh, founder and CEO of IndiaHomes, said in an email that "any talk on merger with any specific company any time in the near future is market speculation not based on any material facts."

But Singh, whose company has previously disclosed raising about $49 million since its 2009 founding, added: "It is our view that the online real estate space is currently overcrowded and we anticipate that some of the weaker players who have been unable to build revenue traction will find it challenging to stay independent and this will create merger opportunities for strong players like IndiaHomes."

"We are currently exploring three such consolidation opportunities and will soon be taking a decision on the right strategy to build on our clear leadership," he said.

A spokesperson for IndiaProperty, which was founded in 2012 and has raised $19 million to date, did not respond to an email.

Business Standard also reported this week that IndiaHomes and IndiaProperty "could join hands and are currently in talks" but didn't provide any details.

Two people familiar with the development said IndiaHomes is being pushed towards a deal by its investors including New Enterprise Associates (NEA). These people said NEA and IndiaProperty's existing investor Bertelsmann would likely invest $20-30 million in the combined entity, following the deal, while Helion Venture Partners will likely exit IndiaHomes.

Mails sent to NEA, Helion Venture Partners and Bertelsmann did not elicit any response.

While it could create another end-to-end player in the mode of PropTiger, integrating IndiaHomes and IndiaProperty will likely involve significant job cuts between the nearly 1,000 IndiaProperty and some 500 IndiaHomes employees. Both companies are believed to have annual revenues of around $9-10 million in 2014-15.

Meanwhile, not everything is rosy elsewhere.

PropTiger saw a co-founder exit to start an unrelated business, leaving CEO Dhruv Agarwala as the only one of the three co-founders on board.

InfoEdge, the parent company of 99acres.com, reported recently that its losses on its property listing venture last quarter was Rs 36.4 crore while the segment loss for the whole of last year was Rs 37.4 crore. The losses spiralled primarily because of huge marketing spend.

Meanwhile, Times Group-owned MagicBricks appears to have made little headway in fundraise though it had hired investment bank Moelis & Company to raise $100 million in March asreported by VCCircle. Moelis was also the banker for IndiaProperty's attempt to raise money.

At Housing, the fallout of the ouster of co-founder and CEO Rahul Yadav continues as interim management and consultants try to stem significant cash burn created by unfettered expansion under Yadav. Under Softbank's direct oversight, Housing, once the poster-child of India's startup community, has recently closed a dozen of its business divisions and shut operations in 25 cities to focus on its core broker listing business in Top 10 cities.

The major players in the sector are trying to build up enough staying power as all of them are yearning for a revival in property buying which is going through a slump in the recent years. A recent report by rating agency Moody's Investment Service has said the real estate sector would recover after 12 months.

The parent company of this website was acquired by News Corp in March.