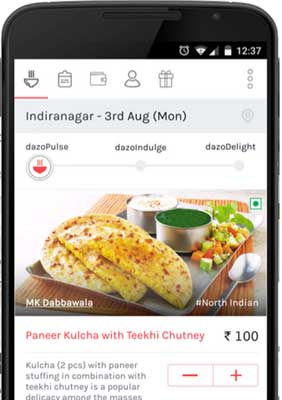 Mobile-only food ordering startup TapCibo Online Solutions Pvt Ltd, which operated under the brand Dazo, has decided to shut shop just as the Bangalore-based company completes a year of operations.

"As a team we've decided to move over this business and we'll be working on a new product," the company said in a statement.

While the exact reason of Dazo closing down is not clear at this moment, a number of food-tech startups have attracted massive investments over the past couple of years in a segment that has quickly become intensely competitive.

To begin with, the company had its own chefs to cook food. It later tied up with restaurant partners including Tadka Singh for North Indian food, The Ants Cafe for pasta, Kitchen of Joy for Bengali food and Chai Point for evening snacks.

The company rebranded itself as Dazo in April when it also raised an undisclosed amount in seed funding from entrepreneurs including CommonFloor co-founder and CEO Sumit Jain, TaxiForSure co-founder Aprameya Radhakrishna and Yo! China co-founder Ashish Dev Kapur.

The company had plans to expand its operations into new localities with the investment. It operated in Bangalore's Indira Nagar, Domlur, Koramangala, Old Airport Road and Bagmane Tech Park areas.

Signs of a bubble?

The food-tech segment has become a preferred bastion for VC investments. Startups in this space either offer an ordering platform from restaurants or run their own kitchens and cafes. Some serve ready-to-cook or ready-to-serve meal boxes.

Restaurant listings and food delivery firm Zomato, which recently ventured into table bookings, raised $60 million in a fresh round of funding from Singapore government's investment company Temasek and existing investor Vy Capital. With this, Zomato has entered the club of 'Unicorns', a tag meant for startups that are valued above $1 billion. 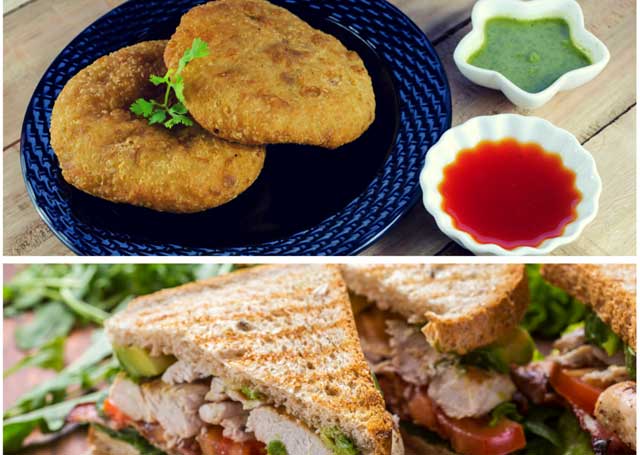 Bangalore-based Bundl Technologies Pvt Ltd, which owns online food ordering startup Swiggy.com, has raised Series B funding of $16.5 million (around Rs 102 crore) in a round led by Norwest Venture Partners for expansion and brand building.

Bite Club, which operates in Delhi-NCR, raised Rs 3 crore from Powai Lake Ventures and angels such as Aneesh Reddy of Capillary Technologies, Ashish Kashyap of Goibibo Group and Alok Mittal of Canaan Partners.

The online food ordering business in India is estimated to be worth around Rs 5,000-6,000 crore, growing at about 30 per cent month-on-month, according to a report by India Brand Equity Foundation.

However, this segment is transactions-driven and margins can be wafer-thin. Not surprisingly, not all food-tech companies are doing well.

Mumbai-based TinyOwl, which offers a location-based mobile app for ordering food, was reportedly shedding jobs early last month. The development was first reported by Mint, which added that about 100 people in Mumbai and Pune had been given the pink slip. Cash-strapped SpoonJoy, a food-tech startup that had attracted investment from Flipkart co-founder Sachin Bansal, recently shut down its operations in Delhi and parts of Bangalore.