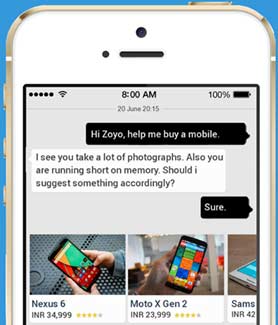 As a part of the deal, the Zoyo app will be integrated with MagicTiger, the companies said in a press statement.

"With the addition of the Zoyo team, we also have significantly strengthened our senior business and product team. We will be looking to scale much faster now" said Arun Kumar, co-founder and COO of Magictlane App Services Pvt Ltd, which runs MagicTiger.

Zoyo was founded by Shashank Singla and Priyanka Prakash early this year.

Singla, an IIT Delhi alumnus, worked with Goldman Sachs and several startups before co-founding Zoyo. Priyanka is an alumnus of Carnegie Mellon University. She was previously associated with InMobi.

MagicTiger was founded by Pratyush Prasanna (former executive of Paytm and Plustxt) and Arun Kumar (ex-employee of Tutorvista and Portea).

It is promoted by serial entrepreneur & investor K Ganesh and Srini Anumolu through the venture building platform Growthstory.