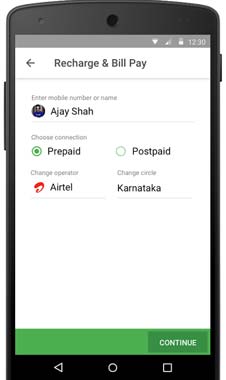 The country's largest cab aggregator Ola has ventured into the mobile payments space by unveiling a dedicated app for its prepaid mobile wallet service Ola Money.

It would lock horns with Paytm, Mobikwik, PayU, Freecharge and other well-funded mobile wallet ventures.

In a press release, Ola (run by Mumbai-based ANI Technologies) said the new app will be available to about 40 million users.

"Ola Money is a step towards simplifying payments for users across a wide range of products and Ola Money has seen tremendous acceptance over the last three months, since the time we opened it up for third party merchants," said Bhavish Aggarwal, CEO of Ola.

Ola had opened its wallet for third-party shopping in August after tying up with Zipcash.

Zipcash has a semi-closed wallet license, a pre-requisite for third party payment services.

Ola, which competes with San Francisco-based Uber, is the latest entrant in the mobile wallet space.

Online recharge and utility payments portal FreeCharge, which was acquired in April by e-commerce marketplace Snapdeal, recently launched a digital wallet in partnership with YES Bank.

Ola's active wallet base has an average wallet balance of over Rs 1,000, the company said. Ola Money is currently available on Android. The iOS and Windows Mobile versions of the app would launch soon, the company stated.

In March, Ola had raised $400 million from Russian investor DST Global and others. Four months ago, Tata Sons' chairman emeritus Ratan Tata made a personal investment in Ola. Ola is now present in about 100 cities; it plans to cover 200 cities by the year-end.