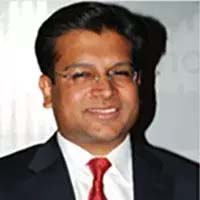 The company also appointed Modi as executive director. Besides, he will assume additional responsibility of handling business operations.

The move is "part of a restructuring exercise and to focus on capturing opportunities foreseen in the firm's business," the statement said.

Meanwhile, Prashant Bindal, who is currently chief executive officer, will cease to hold the CEO position, it said.

Spice Mobility, a part of BK Modi Group, has changed its name twice, reverting to its previous name recently. It has been trying to position itself as a mobile internet firm but it still derives a large chunk of its revenues from its handset business.

It has operations spanning India, Nepal, Bangladesh, Uganda, Tanzania, Zimbabwe and Sri Lanka. In December last year, the promoter group said it was looking to delist the firm.

Net loss falls in first quarterMeanwhile, the company registered a consolidated total income from operations of Rs 496 crore for the quarter ended September 30 against a total income of Rs 544 crore in the year-ago period.

It follows a July-June financial year.