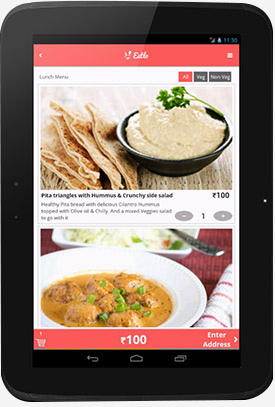 "We have temporarily closed our operations and we are re-evaluating things. We are a startup and a lot of things keep changing. We will update once we decide," Rahul Harkisanka, co-founder, Eatlo told Techcircle.in.

Harkisanka declined to comment on the reasons behind closing down the operations. He also refused to say anything on the future of the company.

Eatlo has not been accepting any orders since the last two weeks.

The company was founded by Harkisanka and Sai Priya Mahajan in November 2014. Eatlo sourced food for chefs and enabled delivery in select areas of Bangalore. The company employed around 100 people and claimed to deliver around 1200 orders a day.

The company was also reportedly scouting for a Series A funding of $7-8 million to ramp up the operations.

Cash-strapped SpoonJoy, backed by Flipkart co-founder Sachin Bansal, shut shop in Delhi and parts of Bangalore. Recently, the Spoonjoy team was inducted by hyper-local grocery and fresh food delivery startup Grofers as part of an acqui-hire deal. Foodpanda has been dealing with allegations of operational irregularities.

Again, Mumbai-based food-tech startup TinyOwl, sacked about 100 staffers in September as part of a restructuring exercise, following which it raised $7.5 million in fresh funding from existing investors Sequoia Capital and Matrix Partners.