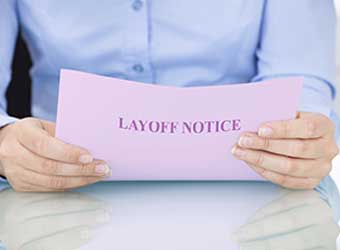 Youngmonk Technologies Pvt Ltd, which runs online marketplace for pre-owned cars GoZoomo, has laid off nearly 35 per cent employees barely a year after starting up.

The development was first reported by YourStory, quoting CEO Arnav Kumar. As per the report, GoZoomo sacked 130 employees in its data collection and agents on-boarding sections. Kumar didn't respond to a Techcircle.in query till the time of writing this report.

In July last year, Gurgaon-based GoZoomo had raised $5 million from SAIF Partners. Prior to that, it received $1 million in seed investment from SAIF. The company was launched in December 2014 by IIT alumni Kumar, Aniket Behera and Himangshu Hazarika. It operates in Bengaluru, Mumbai, Delhi-NCR, Pune and Chennai.

"Restructuring was a strategic decision. We iterated with four different business models over the past two quarters. Some were operation-intensive, others product-focused. Currently, product innovation is a major focus and, consequently, we stopped some manual processes that won't scale well," Kumar said in the YourStory report.

GoZoomo competes with CarTrade, CarDekho, Spinny and Droom in the online used-car business. Droom last year raised $16 million from Lightbox Ventures and others.

A bunch of entrepreneurs have discovered the rough side of the fancied startup life in the past 12 months. While these ventures showed a lot of promise, they seem to have lost the plot for diverse reasons. Cost cutting became a central theme for ventures that were incessantly burning cash. In the second half of 2015, several firms shut shop as mid- and late-stage capital funding began drying up.

Recently, food ordering startup Foodpanda sacked 15 per cent of its employees, or 330 people, as increased automation of 98 per cent in order processing reduced the need for staffers. Mumbai-based food ordering app TinyOwl has laid off more than 200 employees and is also scaling down its operations.