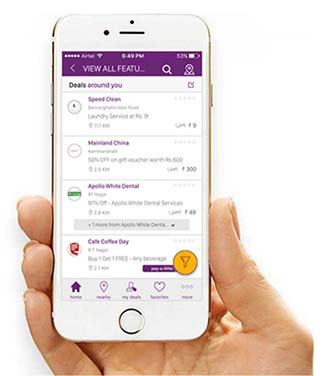 "Given the current climate where everyone is talking about funding tightening up, it's great to have an investor who has a long-term view," Manish Chopra said in the report.

Separate emails to Little and GIC seeking comment didn't elicit any response till the time of writing this article.

The deal comes after Little raised $50 million (Rs 318 crore) in July 2015 from One97Communications, which runs mobile commerce venture Paytm, as well as SAIF Partners and Tiger Global Management, among others. As part of the funding, Little agreed to power the deals platform on Paytm.

Little is a mobile marketplace for deals related to offline merchants. The app covers restaurants, movies, hotels, salons, gyms, spas and other services. It has more than 8,000 merchants on board who dole out 27,000 live deals on its platform. It hopes to offer about 50,000 live deals across 11 cities by March.

For GIC, this comes as the latest deal in an Indian tech startup. The firm, one of the most active PE investors in India last year with a focus on the real estate sector, recently backed online marketplace ShopClues. It has also invested in e-commerce marketplace Flipkart, classifieds firm Sulekha and taxi aggregator Ola.