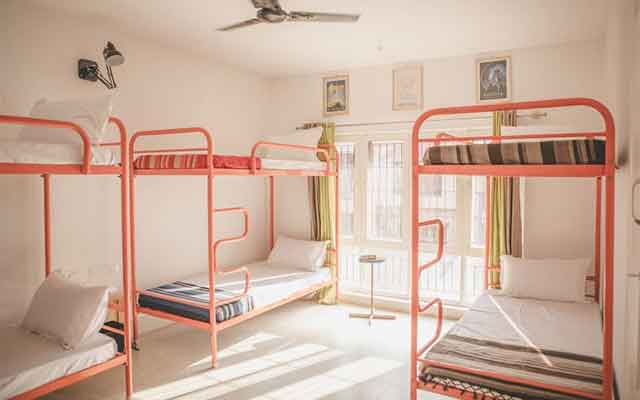 For startups working on a tight budget, a penny saved is a penny earned. And at a time when investor funds are drying up, cheaper digs for that out-of-city meeting with clients can be a godsend for their founders. Construkt Media's Startup Hostel, a first-of-its-kind initiative offering convenient, community-curated, business-friendly hostel accommodation for the travelling startup and creative community, therefore, should be a big hit with entrepreneurs. And what better city than Bangalore, the startup hub of India, to host the first of such hostels!

"It's basically a place designed with a mix of backpacker culture and hacking culture and we would like to call it 'hackpacker hostel'," says Shashi Kiran Rao, founder of Construkt Media, an entrepreneur platform in Bangalore. Rao is also an entrepreneur-in-residence at startup accelerator NUMA and Airbus BizLabs, an initiative by Airbus to identify startups that have business application in the aviation industry.

The idea had its moorings on a survey that Construkt had commissioned to see the kind of money people in the startup sector spend on business travel. As per the responses of 2000 startups, nearly 18,000 room nights were required per year across the country for traveling startup entrepreneurs.

"It really woke us up," says Rao. "It was a huge number, given that we considered only tech and product startups in the survey." According to him, if other segments are taken into account, the number would be "even more appealing".

Convinced, Rao teamed up with Karan Bahadur, a production coordinator at TEDx Bangalore, to roll out the startup hostel. It has been started with a bootstrapped budget of Rs 22 lakh.

A 3,500 sq feet independent bungalow in the plush neighbourhood of Indira Nagar, the four-bedroom Startup Hostel has the capacity to host 20 people at a time. A stay for a night comes for only Rs 850, and includes facilities such as a self-catering kitchen, WiFi, lounge space, laundry, meeting spaces and more. It also offers customised packages for longer stays. Most importantly, it's a place where designers, artists, techies and entrepreneurs can get connected to peers in the city.

"Price is definitely an advantage here. More than that, the peer-to-peer learning experience is an exclusive benefit because people get to interact with the startup community here. This will be a single-window entrance to the city's entrepreneurial energy," he said.

Construkt will also help its hostel mates to leverage its existing startup platforms to connect to the ecosystem in the city. Construkt hosts a number of startup related events including its yearly startup festival, besides a radio show on entrepreneurship.

The hostel's target customer includes outstation entrepreneurs traveling to Bangalore, city-based startups with offices outside Bangalore who would want to bring their teams to the city for short periods, entrepreneurs coming to accelerator/incubator programmes in the city, and delegations and interns coming for entrepreneurship programmes organised by trade bodies and foreign offices.

"There is a play if they can scale it to tap this segment and keep it from being misused," says Avinash Kaushik, co-founder of Bangalore-based hardware accelerator RevvX.

Construkt has reached out to startup accelerators and incubators in the city to spread the word, in addition to leveraging its existing platforms to market the new initiative. It plans to offer 100-120 beds across Bangalore, Hyderabad, Pune, Delhi-NCR and Goa by the end of this financial year. Rao says he is looking to work with like-minded partners, not institutional investors, to scale to different cities.

"We would want to partner with individuals rather than institutions because we don't know what this business is going to look like in the future," he says. "We don't want to get into raising money and valuations."

The founders are also vetting various options to scale. One of the ideas is to offer community, co-living options for people living in the city, not necessarily travelers. It is also thinking of a Classpass (an US-based firm which offers gym membership across the world on a single pass) kind of model, where people get to stay in different locations across the world, by paying rent only for one.

"We want to be present in places with significant startup action, as an alternative infrastructure for the community," says Rao.

While Construkt could be the pioneer in the startup hostel space, startups such as OYO-acquired Zostel, the standalone hostel booking platform, could be competition for it. As Kaushik points out, hostels are cheap alternatives to hotel rooms in most parts of the world. From Barcelona to Ho Chi Minh City to Zanzibar, young travellers stay at $5-15 rooms. Most of these travellers are backpackers or young professionals. "Options such as YMCA or Zostel do exist in India. A hostel for the creative and startup community is a small chunk of this market," he adds.

However, Rao disagrees. "Zostel is focused on the general backpacker community. The price points and value propositions are different," he says. "It could be competition from a bed-to-bed standpoint, but not from a hostel-to-hostel perspective. Ours is a community space."