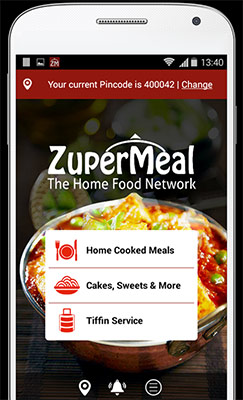 The ZuperMeal app, when downloaded, is showing an error message. The website of the firm is also not working.

Moreover, one of the three co-founders, Balasubramanian Anantha Narayanan, has also joined logistics startup LogiNext as vice president - business development, according to his LinkedIn profile. Narayanan could not be contacted till the time of filing this report.

An email query sent to investor Ravi Saxena did not elicit any response till the time of filing this report. Attempts to reach out to other officials in the company were also unsuccessful.

The development is yet another reminder of the grim situation that the food-tech sector finds itself in with investors not inclined to fund startups with high cash burn rate.

Earlier this month, TinyOwl, a food ordering app, after struggling to restructure its business for several months shut down its operations in 17 cities except some areas of Mumbai.

Mobile app Zeppery which allowed users to pre-order food at restaurants and other food outlets also closed down operations in May.

Meanwhile, Zomato Media Pvt. Ltd, one of the early movers in the food-tech space, has scaled back operations in nine of its 23 overseas markets, including the US, as the restaurant search and food ordering startup looks to cut costs and conserve cash amid pressure to turn profitable.

ZuperMeal Pvt. Ltd, which ran the ZuperMeal was founded in July 2016 by Pallavi Saxena, wife of Wonderchef co-founder Ravi Saxena, along with Narayanan and Prabhakar Banerjee.

The Mumbai-based startup connected home chefs to consumers via its app. It had claimed to have 150 homemakers on its platform to cook 60 to 70 meals a day, at a net margin of 15%.

At the same time, some food-tech startups have managed to raise funds.

In January, FreshMenu had raised $17 million in Series B funding while First Eat and Cookaroo are among the ventures that have secured seed or angel funding this year.