Alibaba, Myntra, Snapdeal, others queue up to buy Jabong 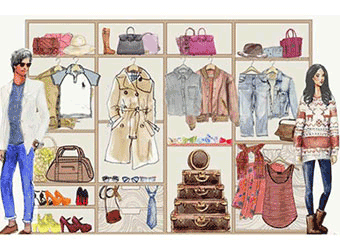 Rocket Internet-incubated fashion e-commerce venture Jabong has re-initiated talks with a number of internet companies including Alibaba, Flipkart-owned Myntra, Aditya Birla's e-commerce venture Abof and Snapdeal besides Future Group for a possible sale of the firm.

Quoting unnamed sources close to the developments, The Economic Times reported that the asking price for Jabong is $250-300 million, but the final deal size could be lower.

The company has held talks with three possible suitors, but none of the negotiations have reached the final stages. However, a deal is expected to materialise within six months.

According to another report by Mint, the negotiations are led by Swedish investment firm Kinnevik's chief executive Lorenzo Grabau. It further said Kinnevik is seeking a valuation of $100-150 million for Jabong in cash and stock, but the deal could be closed at a much lower valuation of $50-75 million. 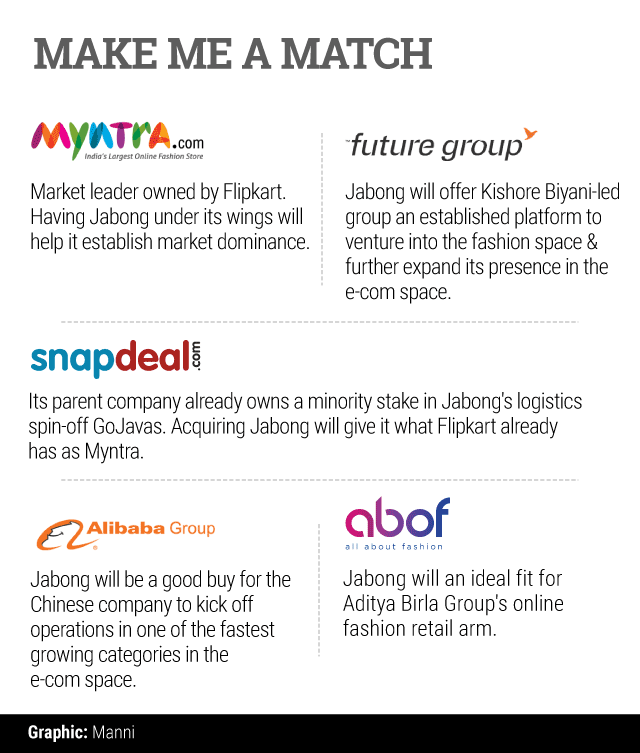 Rocket Internet declined to comment on the development while the spokesperson of Abof said the company had no comment to make at this point of time. Emails sent to Jabong, Myntra, Future Group and Snapdeal for more details remained unanswered till the time of filing this report.

VCCircle had previously reported that Jabong was in talks with Amazon for a potential deal worth $1.1-1.2 billion, which could become the biggest acquisition in the history of the Indian e-commerce space. However, the deal was later called off.

Separate media reports had suggested that the company also held talks with Paytm in the past.

Jabong, that hit a speed bump in the second half of 2015, had entered the new year with a marked improvement in performance while simultaneously cutting down operating loss.

The firm posted its best transaction volumes, net revenue and gross merchandise value (GMV) since October-December 2014 (the firm stated that its growth in Indian currency terms was higher still at 21.8%). Operating loss, too, was the lowest in almost two years.

Jabong saw a change in management at the fag end of last year with former Benetton India head Sanjeev Mohanty taking over as CEO in December. Indeed, Mohanty had claimed early this year that Jabong registered the highest-ever month-on-month growth of nearly 35% per cent in net revenue for January, which marked its best performing month since its inception in 2011.