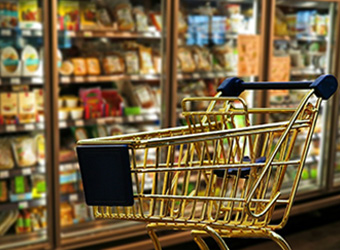 Daily Delite India Pvt. Ltd, which runs three supermarkets in the national capital of Delhi, has acquired a fresh fruits and vegetables e-tailer for an undisclosed amount in its second takeover deal this month, a top company executive told Techcircle.

Tushar Gupta, one of the co-founders of Daily Delite, said that it has acquired Delhi Mandi, which runs its operations through its website and app. The deal will help Daily Delite increase its B2C sales, he said.

Delhi Mandi offers 150 types of fruits and vegetables and dispatches its items to the doorstep of clients. The online platform, launched by Dinesh Gehlot and Amar Solanki in March last year, claims to be serving more than 5,000 families at Dwarka, in southwest Delhi. Gehlot and Solanki were running an animation studio since 2004 before venturing into the space.

The two partners, who are at the helm of Lemon Leaf after the exit of its founders, have renewed talks with potential investors to fund their expansion plans in future. However, they did not reveal the identity of the people they are talking to.

Daily Delite claims to have constructed six dark stores for PepperTap, which had shut down its grocery delivery business earlier this year. A dark store is a warehouse full of groceries where staff called 'pickers' select the goods that have been ordered by an online customer.

Gupta, an alumnus of KITS Nagpur, had earlier worked with Confluence Foods and Aspirant Technologies. Sahani is also employed with Delhi-based Wintech Engineers.

The fresh fruits and vegetables supply chain space has attracted several deals in the past.