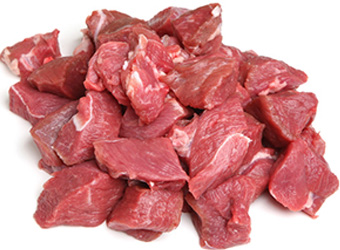 The person said that the company raised the capital mainly from Indian Angel Network investor Ashvin Chadha and a Mumbai-based affluent individual from the hospitality sector.

The company plans to use the money to hire people in key departments and increase capacity, the person said, asking not to be named.

Co-founder Deepanshu Manchanda declined to comment on the development.

The company, which claimed to have achieved operational breakeven in February, offers 40 items, including whole chicken, mutton and pork. It also sells pre-cooked items such as cold cuts like ham, sausages and salami. It delivers about 12,000 orders a month.

The company boasts a 3,000 sq ft storage and processing unit in Gurgaon which can manage six tonnes of meat a day. It has tied up with cold chain logistics company ColdEx to manage its supply chain and joined hands with e-tailer SRS Grocery to expand its reach in Delhi-NCR.

Zappfresh, which was launched by Manchanda and Shruti Gochhwal in July last year, procures meat from the farms and claims that it ensures the product reaches the end customer in 90 minutes once the order is placed on its portal. The firm is operational in Gurgaon and south Delhi, though it charges for small-ticket delivery outside Gurgaon.

Manchanda had worked at mobile wallet firm MobiKwik before co-founding this startup. Gochhwal, an engineering graduate from Netaji Subhas Institute of Technology, was involved in the ethnic clothes business and also had a stint at MobiKwik.

While some gourmet food chains such as Godrej Nature's Basket and others have been trying to make a mark in the meat e-tailing sector, it remains a highly fragmented business. A few other startups are also trying to tap into the opportunity.

Recently, meat and fish ordering startup Licious, run by Delightful Gourmet Pvt. Ltd, raised its Series A round of funding. Last year, it had raised $1 million in angel funding from a group of angel investors, including former Infosys board member and finance chief TV Mohandas Pai and Helion Venture Partners co-founder Kanwaljit Singh.