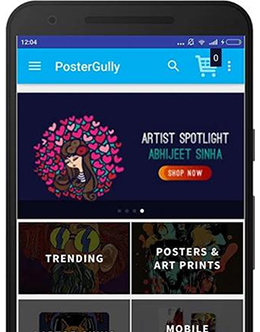 The promoters of private exhibition organiser Asian Business Exhibitions and Conferences (ABEC) has acquired art monetisation portal PosterGully in a bid to tap the potential of the fast growing e-commerce space in the country, a top company executive told VCCircle.

Manish Gandhi and Sumit Gandhi, brothers and promoters of ABEC, invested an undisclosed amount to buy out Delhi-based PosterGully.

PosterGully enables artists, designers and anyone who holds original visual content to contribute and merchandise unique designs for products such as phone cases, art prints, home dÃ©cor and clothing to consumers globally.

"PosterGully has built a thriving community-led e-commerce marketplace that has performed well on all accounts—business growth, cost metrics, customer experience and quality of execution," Manish told VCCircle. He said the deal will provide ABEC an access into the buoyant e-commerce segment.

Bharat Sethi, founder and CEO of PosterGully, will move out of day-to-day operations but continue to advice the firm's board. He will take charge as CEO of iDecorama, a technology-enabled online platform offering interior designing. iDecorama is also backed by Gandhi brothers in their individual capacity.

"We have created a fundamentally sound business and this is a perfect match that complements the skills the core team of PosterGully has garnered over the years," Sethi said.

The company, which claims to have shipped out over 600K SKUs in the past three years, has currently over 5,000 artists selling their products on the platform.

PosterGully, which was launched in 2012, had last year raised $160,000 (Rs 1.02 crore then) in angel funding from a group of investors through LetsVenture, an online platform that connects startups and investors.

Globally, Society6, Redbubble and Nuvango are among the big players in the segment. In 2013, Society6 was acquired by Demand Media, owner of content websites eHow, Livestrong and Cracked, in a $94 million cash deal.

While Cupick raised $120,000 (Rs 76 lakh then) in funding from a group of US and Indian angel investors last year, Chumbak and TouchTalent raised funding from Matrix Partners India and SAIF Partners, respectively.

ABEC, which claims to have nearly 12% market share in the private exhibition organising space in the country, organises 70 shows across 10 verticals in over 19 major cities.  It also organises ACETECH, which is India's largest and world's third largest exhibition related to architecture, design, building materials and construction. The company, which was launched in 1993, claims that ACETECH is attended by over 6 lakh visitors every year.

In 2010, Qatar's leading investment bank QInvest acquired a minority stake in ABEC. However, in December 2015, it sold its stake to ITE Group.