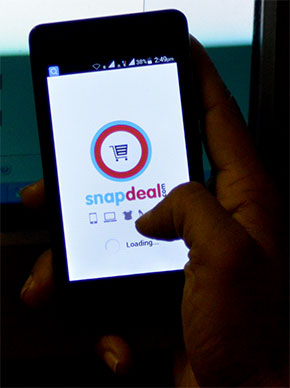 The Economic Times reported on Friday that the fund raised was part of Snapdeal's Series J round initiated in February. At that time, the e-commerce marketplace had secured $200 million (Rs 1,362 crore) in a fresh round of funding from Canada-based Ontario Teachers' Pension Plan as well as from Singapore-headquartered investment firm Brother Fortune Apparel and others.

That round had sent Snapdeal's parent Jasper Infotech's valuation soaring at $6.5-7 billion. Earlier, the e-commerce company had raised $500 million (Rs 3,250 crore) at a valuation of $5 billion in August 2015. iPhone manufacturer Foxconn, Chinese e-commerce giant Alibaba and existing investor SoftBank had led that round while some of its existing investors Temasek, BlackRock, Myriad and PremjiInvest also participated in the round.

It was reported earlier this month that Snapdeal is looking to sell a stake in payments enabler FreeCharge at a valuation of $1.2 billion (Rs 8,000 crore). Potential investors include Foxconn which could pick 26% in the payments firm.

Techcircle also reported last week that Snapdeal had initiated exploratory talks for a possible merger with Flipkart or Amazon, the country's and the world's largest e-commerce companies, respectively. Flipkart and Snapdeal, however, had denied that they were in talks.