Food delivery startup Runnr gets $7 mn from Blume, Nexus and others 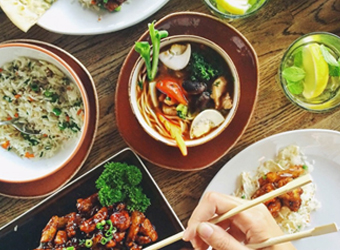 Sequoia Capital, another existing investor in Runnr, didn't take part in this round, The Times of India reported citing three people familiar with the matter it didn't name.

Emails sent to the company and the investors did not elicit a response by the time of filing this report.

Roadrunnr, run by Bengaluru-based Carthero Technologies Pvt. Ltd, had raised $11 million in a Series A round from Sequoia Capital, Nexus Venture Partners, Blume Ventures and others in July 2015. It was founded in 2015 by former Flipkart employees Mohit Kumar and Arpit Dave.

TinyOwl started out as a restaurant listing and food delivery app and raised close to Rs 185 crore in four rounds, with Sequoia Capital and Nexus Venture Partners participating in three of the four rounds of funding. In its last fundraise in October 2015, it secured $7.5 million from Sequoia Capital and Matrix Partners. In May this year, the startup closed its operations in all cities except Mumbai.

Close to a dozen food startups have shut shop or halted operations in the past year. Many of those that downed the shutters had built a considerable brand recall in the market and even had the backing of pedigreed investors. Bite Club, a Gurgaon-based food-tech startup and Zeppery, which allowed users to pre-order food at restaurants, among several others, too, paused operations a few months ago.

However, after the dry period, food-tech startups are attracting investor interest again. The latest startups to have received funding were Bengaluru-based Zzungry this month and Mumbai-based Holachef in July. Petoo, Yumlane, Daily Ninja and Tokri have also raised funding in the past six months.

The online food ordering sector in India is estimated to be worth around Rs 5,000-6,000 crore, according to a report by India Brand Equity Foundation. However, the segment is transaction-driven and margins are wafer-thin, making survival difficult.