The week witnessed a slump in the startup deal activity with only seven firms raising capital, down from as many as 20 that had received first cheques during the previous week. 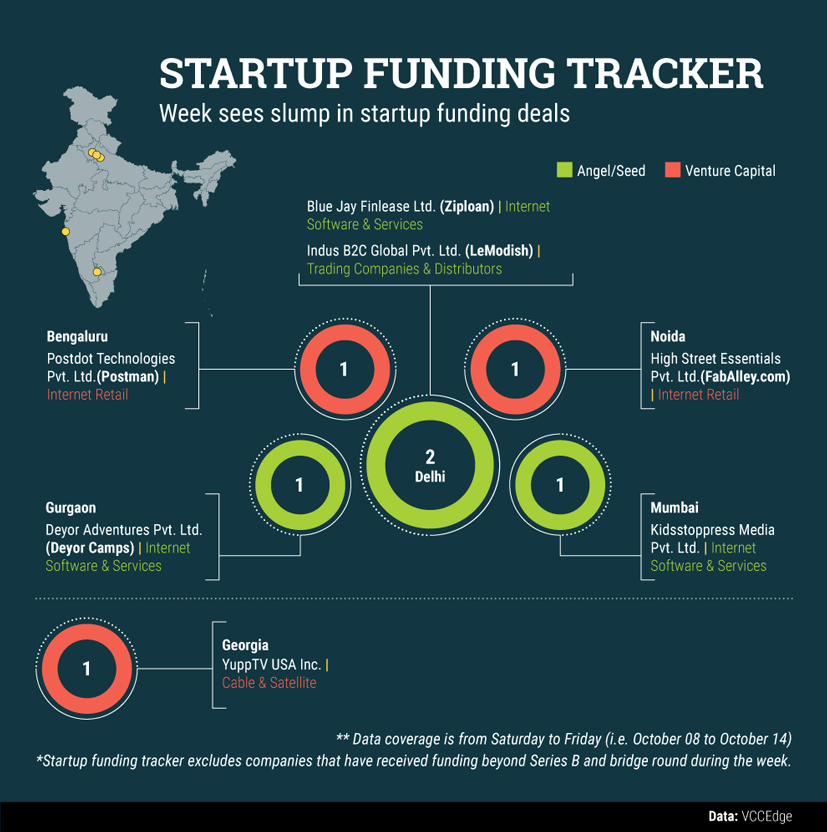