Weekly Startup Tracker: Bengaluru ventures get most cheques as deals buzz gets louder

The week saw startup deal activity pick up with as many as 19 companies being funded, up from just seven during the previous week. Bangaluru-based startups stole the show by bagging the most number of first cheques. 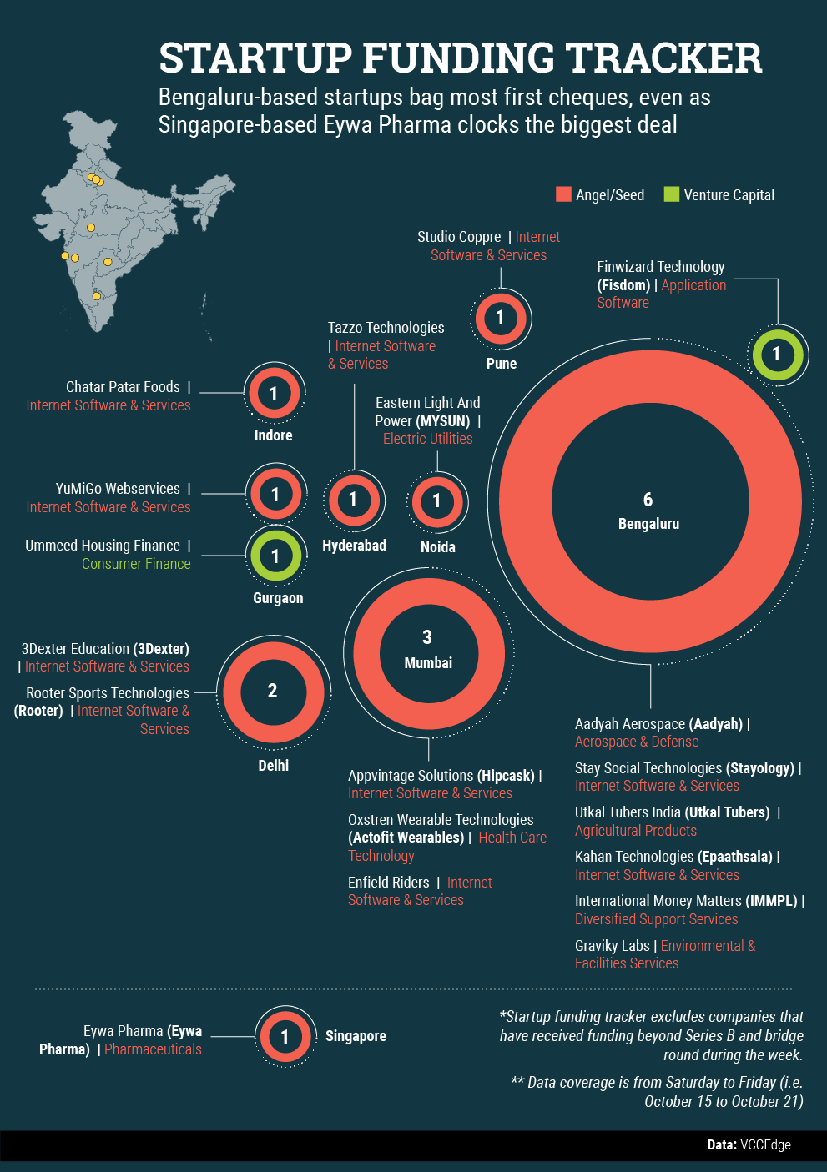 Gurgaon-based travel insurance and forex marketplace YuMiGo raised $300,000 from businessman Hemant Sahni. The startup has also announced the launch of its travel website that helps international travellers while planning and also during the trip.

Although 10 of the 19 startups funded during the last seven days were in the technology space, the biggest deals were clocked by Singapore-based generic drugmaker Eywa Pharma, Gurgaon-based Ummeed Housing Finance and wealth management app Fisdom.