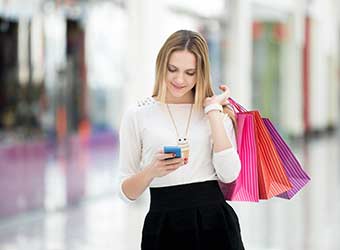 Wooplr Technologies Pvt. Ltd, which runs an eponymous fashion discovery app for women, has received an undisclosed amount of funding from Astarc Ventures, a person familiar with the development told TechCircle/VCCircle.

Astarc Ventures is the investment arm of Mumbai-based group Astarc Group, which has business interests in automotive, retail, printing and agriculture. It typically invests between $300,000 and $1 million in a startup, based on the deal size and whether it leads the funding round. Astarc invests money in seed rounds as well as Series A and Series B rounds as a minority investor.

Krishnan said that mere catalogue-based e-commerce is passÃ©. He said the Wooplr team has "robust tech capabilities and an amazing sense of picking today's fashion trends". More importantly, it is executing the path of "content-community-commerce" very well, he added.

The startup was founded in 2013 by four former McAfee employeesâ€“Arjun Zacharia, Praveen Rajaretnam, Soumen Sarkar and Ankit Sabharwal. The company's platform seeks to help people shop better based on location, occasion, interests and friends. For businesses, it provides a single-point mobile application to manage their marketing, community building and sales. The platform allows users to upload details about their purchases. This helps their friends to discover places and shop from there.

The fashion discovery platform hopes to reach 100 million women users in India by 2020. Wooplr claims to have 3 million women on its platform. The company aims to hit $100 million gross merchandise value by 2018.

A number of startups operating in the fashion aggregation and discovery segment have received investor interest.

In April, Roposo raised $5 million (around Rs 34 crore) in the second leg of its Series B round from Bertelsmann India Investments. It had raised $15 million from Tiger Global Management in August last year.

Prior to that, Mumbai-based Hippily Technology Pvt. Ltd, which operates shopping personalisation app for women Hippily, raised $250,000 in seed funding.