The week saw Delhi-based startups dominate the startup funding space, with five of the nine companies—based out of the national capital—receiving their first cheques.

The highest reported funding deal was, however, inked by a Walnut, California-based software company Zarget, which operates in India out of Chennai and makes conversion rate optimisation software that helps companies improve their online presence. Zarget received $6 million in its Series A round funding led by Sequoia India.

Mumbai-based online talent discovery platform Talentnext.com raised $1 million in seed capital from a group of angel investors. The company says it will use these funds to expand across Indian cities, especially beyond metropolitan regions. 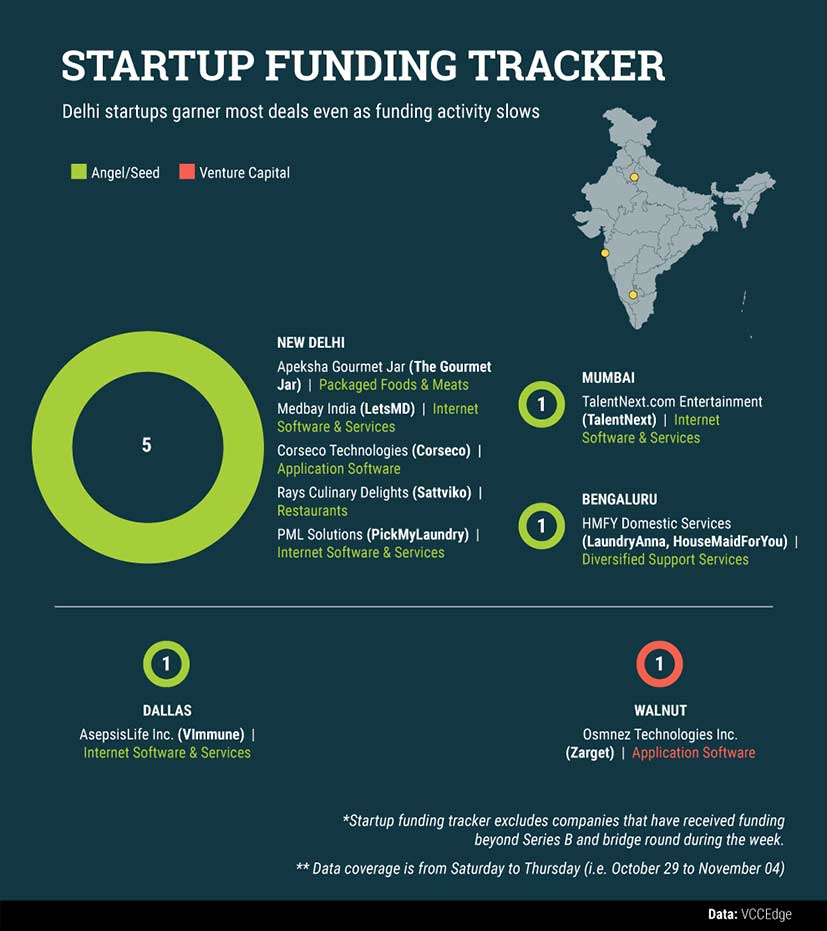