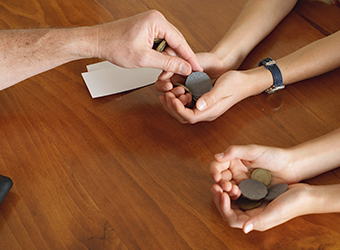 The investment was made by Vishal Malik, founder and director of IT services firm Gemini Solutions and a group of Indian Institute of Technology (IIT), Delhi alumni.

"VOW CarClinic wants to be the OYO of the car servicing and automotive aftermarket space in India," Ramachandran said.

The Delhi-based startup, founded in early 2016, is a marketplace for car servicing and repair needs in the online-to-offline consumer internet space. Users can avail of the firm's services via a website and mobile application. It was established by Ramachandran and Harmeet Singh Hora, both of whom are engineers and Indian Institute of Management (IIM), Indore alumni.

In the last four months, the firm has scaled up its operations to four cities in the National Capital Region (Delhi, Noida, Ghaziabad and Faridabad) and claims to have seen a 10-fold increase in revenues.

The startup claims that they are clocking a revenue run-rate of Rs 15 lakh per month and are now planning to expand their operations to other major cities including Mumbai, Pune, Bangalore, Hyderabad and Chennai.

The team said they are in talks with some top venture capital firms to close a pre Series-A round to fund their expansion plans.