Exclusive: FirstCry in talks with parenting platform mycity4kids for buyout 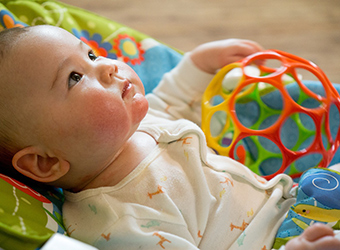 Online baby care retailer FirstCry is in talks with parenting platform mycity4kids for an acquisition, a person close to the development told Techcircle.in.

Techcircle.in couldn't ascertain the value of the deal, at which the talks are going on, but the person mentioned above said it is under $15 million (around 102 crore).

"We are in the market for a buyout in the (baby care) space. Most companies in the segment are small. We have met a few folks and have had talks," Supam Maheshwari, founder and chief executive of FirstCry, told Techcircle.in.

However, he did not divulge further details.

FirstCry is apparently in talks with various players in the segment to build greater engagements by acquiring parenting communities-based startups. The talks with mycity4kids have been going on for a long time, but FirstCry couldn't agree upon the price, the person cited above said.

An email query sent to Vishal Gupta, managing director and co-founder of mycity4kids, did not elicit a response. Another co-founder Asif Mohamed declined to comment as he ceased to be involved with the firm operationally.

FirstCry has emerged as a strong player in the segment over the years even as some competitors such as Hushbabies shut down.

In January last year, Mycity4kids raised $3 million (around Rs 20 crore then) in a Series A funding round from SIDBI Venture Capital Ltd and existing investor YourNest Angel Fund.

YourNest holds close to 40% stake in the firm and SIDBI holds around 10%.

For the Series A round, the startup was estimated to be valued at around $5-5.5 million.

In FY2014-15, its brand-sponsored blogging segment contributed 45% to revenues and another 50% came from small businesses advertising services on the platform while ticketing of kids events accounted for the remaining.

The company was founded in 2010 by Vishal Gupta, Prashant Sinha and Asif Mohamed.

BabyChakra and ZenParent are other key players in the segment.