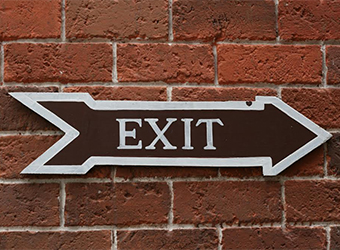 Franklin had invested $10.34 million in the company in September 2011, and an undisclosed amount, along with other investors, in October last year, data from VCCEdge, the data research arm of News Corp VCCircle, show.

The report also mentioned, citing filings with the Registrar of Corporate Affairs, that the transaction valued the company at Rs 2,100 crore ($310 million), a premium over the Rs 1,700-1,800 crore ($251-266 million) it was valued at in the previous funding round.

Emails sent to Dailyhunt and Franklin Templeton PE Strategy didn't elicit a response at the time of writing this report.

Dailyhunt was launched as Newshunt by former Nokia executives Umesh Kulkarni and Chandrashekhar Sohoni in 2009 and sold to Ver Se' Innovation in 2012. It was rebranded as Dailyhunt in August 2015.

Dailyhunt forayed into the e-books space in 2014, and it is currently working with around 150 regional and global language book publishers. In 2015, Ver Se' acquired Delhi-based Rocket Science Innovations Pvt. Ltd, which runs e-commerce price comparison and recommendation platform BuyT.in, for an undisclosed amount.

Beijing-based ByteDance operates content recommendation platforms—Toutiao in China and TopBuzz in the US and Brazil. It is backed by DST Global and Chinese firm Sina Weibo.

Deals in the space

Inshorts (earlier called News In Shorts), which aggregates news, videos, infographics and blogs, had raised Rs 25 crore ($4 million) in Series A funding from Tiger Global and Japan's Rebright Partners in 2015. The company has raised a total of $24 million so far.

Civilsdaily, an online startup that aggregates news relevant for civil services aspirants, had raised an undisclosed amount in seed funding from Malgharia Advisors' co-founder Manoj Kumar and other individuals in March 2016.