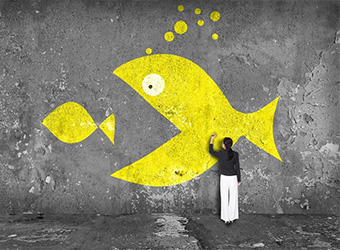 Mack didn't disclose the terms of the agreement, and the report didn't say where it got the deal value from.

Queries sent to mCarbon and Nuance Communications did not elicit a response at the time of writing this report.

mCarbon was founded in early 2008 by Brijmohan Mahendru and Rajesh Razdan, both former employees of Bharti Telesoft.

In February 2009, the company raised an undisclosed amount in Series A funding from Canaan Partners.

In 2013, mCarbon introduced a USSD gateway (unstructured supplementary services data, a protocol used to communicate with the service provider's computers) on the cloud to ensure fast and easy rollout of interactive services for telecom operators.

The company counts Airtel, BSNL, MTS, Vodafone, Aircel, Uninor, Idea, and others among its clients.

Other VAS players include Bengaluru-based OnMobile Global Ltd which launched its consumer brand ONMO in October last year. The new brand will help OnMobile enhance its presence in the business-to-consumer (B2C) segment. The firm traditionally works with telecom operators on VAS such as ringtones, music products and mobile radio.

In 2015, Mumbai-based film studio and digital entertainment firm Eros International Media Pvt Ltd was reported to have acquired Chennai-based mobile VAS provider Universal Power Systems Pvt Ltd (UPSPL), which operates under the banner of TechZone, through an all stock deal.