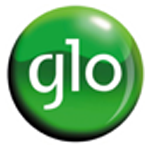 "The market of West Africa holds a lot of potential for superior telecommunications service providers. Together with Glo, we aim to deliver the most superlative offerings to the company's users," said Vijay Shekhar Sharma, CEO, One97 Communications.

"We have collaborated with the company to bring out a host of services in a bid to provide our users with an experience at par with the best worldwide standards," added Femi Ogunlusi, COO, Glo Benin.

The services, which are subscription-based, include beauty, health & football alerts, as well as thought of the day quotes and engaging story portals. These will be delivered to customers through an automated voice call and SMS, or they can also dial in to access the content. The subscriptions are available in daily, weekly and monthly formats.

Glo Mobile is headquartered in Lagos and operates in a number of West African countries.

Founded in 2000, One97 Communications is a leading mobile-internet company in India that offers digital goods & services to its mobile consumers under the Paytm brand. It also provides mobile advertising, marketing and payments for merchants. The company has offices in India, the Middle East and Africa.

In October this year, Techcircle.in had reported that One97 is looking to raise $200 million in fresh funding, and has also appointed Goldman Sachs as its banker.

"We are in talks to raise $200 million in fresh funding from Asian as well as other global investors. We expect to close the round by the end of this year, and the funds will be going into our mobile commerce business," One97 founder and chief Vijay Shekhar Sharma had said at the time.

The company had previously raised funding from SAIF Partners, Intel Capital and Silicon Valley Bank, who had put in over $28 million in separate funding rounds.

One97 had earlier filed to go public four years ago, where it sought to raise Rs 120 crore. It had received a go-ahead from the market regulator SEBI and had originally planned to list by December 2010. But in the backdrop of increasingly volatile stock markets and due to the company's increased focus on the mobile internet space, it had shelved the IPO plan and decided to rope in a PE investor, as reported by VCCircle earlier.

It had raised $10 million in its third-round of funding from SAP Ventures in 2011, the corporate venture capital arm of the software-maker SAP AG. The company's valuation during this round was nearly $300 million.