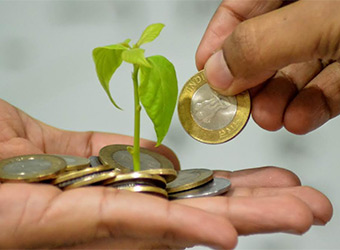 Delhi-based VDSS Agri Tech Pvt. Ltd, which owns and operates agri-tech startup Paalak.in, has raised an undisclosed amount in seed funding from a clutch of angel investors as it looks to expand and strengthen its IT infrastructure.

The startup will use the funds to develop a new consumer web platform and an Android app, apart from expanding its team and adding more collection centres across villages, its co-founder Swapnil Tripathi told VCCircle.

Paalak attempts to create a supply chain that brings farm-fresh produce to end-consumers and B2B buyers directly from farmers, in under 14 hours. Currently, it offers products via its web platform and a brick-and-mortar store it owns and operates in Noida.

The startup was founded by MIT Sloan alumni Tripathi and Vishal Salgotra in August 2016. Prior to this, Tripathi founded Buildzar.com, a B2C marketplace for construction material, and India Art Village, an online platform that showcased works of budding Indian artists. He has worked with jobs portal Naukri and creative media licensing firm Mahatta Multimedia in the past. Salgotra is founder of Alpere Technologies, an enterprise content management services startup, and had previously founded Contentra Technologies, another company in the same domain. He worked with staffing solutions company Planman before starting up.

Paalak claims to be generating Rs 5.5 lakh per month in B2C revenue, which, it says, is growing by more than 100% month-on-month. The company, which connects around 450 farmers, is also building a farmer app that is scheduled to be launched by mid-March.

The startup expects its Noida store to turn profitable by March this year, and plans to open another store in Gurgaon in April, followed by four new hyperlocal stores in Delhi-NCR every quarter. The company aims to cover the entire Delhi-NCR region by March 2018.

The agri-tech space has been busy of late, attracting a lot of venture capital investments.

Recently, it was reported that International Finance Corporation was planning to make a debt investment of $30 million in ETC Agro Processing (India) Pvt Ltd.