Rural India to drive next phase of growth in internet usage: IMAI-IMRB report 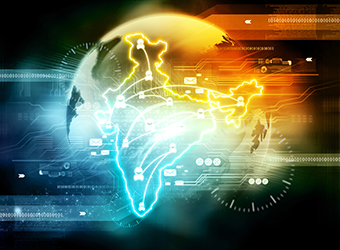 Despite a moderation of growth in urban internet usage, the number of Indian users will cross 450 million by June, says a report, Internet in India 2016, jointly published by Internet and Mobile Association of India and Indian Market Research Bureau.

The report says while urban India has close to 60% internet penetration, rural areas will drive the next phase of growth with just about 17% penetration. Out of the 432 million internet users in India as of December 2016, 269 million are from urban areas, while 163 million belong to the countryside. By June, the total number of users is expected to be 450-465 million.

It says that future growth policies must focus on bridging the digital divide between urban and rural India, adding that there are still 750 million potential rural users who must get access to the internet.

On a brighter side, gender parity in internet usage in rural India has been increasing. The proportion of internet users among rural females is growing at 30%. Currently, the ratio between male to female internet users is 75:25. The gender ratio is slightly better in urban India, while both urban and rural India show almost similar ratios of working and non-working women registering as daily internet users.

The youth are the most prolific users of the internet in both urban and rural regions.

While online communication, ticketing, shopping and social networking drive consumption in urban India, the rural population spends most time on entertainment, including video and audio content. Lack of real-time connectivity, power outages, affordability and quality of mobile data service have been cited as major impediments to rural boost.