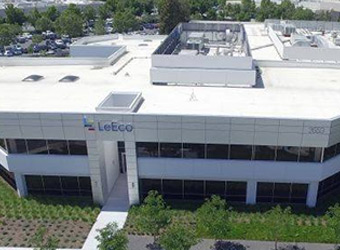 Chinese smartphone maker LeEco, which previously indicated financial strains, has fired 85% of employees in India and is likely to exit the country, according to a media report.

The company is left with a limited number of staff at its Mumbai and New Delhi offices and is now firing staff from its research and development centres in Bengaluru, the report said.

Citing another person, the report said LeEco is planning to exit the country as it failed to find a winning formula. "Xiaomi has a prominent online presence while Oppo and Vivo are strong offline. So, LeEco has found it is neither here nor there," the person told the newspaper.

The company will exit the country in a few months. Its flagship models won't be launched in India, he said.

However, LeEco's chief operating office for India Alex Li denied plans to exit the Indian market. "All businesses need to be profitable to be sustainable. That has been the primary objective in taking certain measures, though the number (of layoffs) indicated is incorrect," Li told the newspaper. He said the firm has new models in the pipeline.

In November 2016, LeEco CEO Jia Yueting in a letter to employees said the company is facing a shortage of cash as it is trying to expand too fast and in too many directions.

"We are starting to see signs of 'big company disease' such as low individual performance and organisational redundancies," Yueting said in the letter.

In December 2016, the newspaper reported that LeEco is exiting from the offline business, cutting 1,000 temporary in-shop jobs and is also slashing its advertising budget.

The firm entered the Indian market in January 2016 with two smartphones - Le Max and Le 1s.