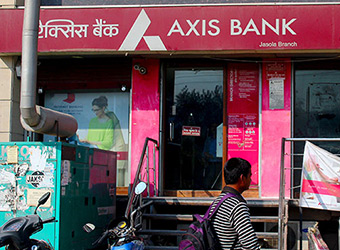 Axis Bank has withdrawn its credit limit to some sellers on e-commerce firm Snapdeal's platform over falling sale numbers, a report by a financial daily stated.

"What we have found is that for some sellers, the transaction flow was not as per our expectations, so as a matter of prudence, the sanctioned credit limit is being withdrawn," said Rajiv Anand, executive director of Axis Bank, told the financial daily.

Snapdeal did not respond to emailed queries at the time of writing this report.

Only last month, a group of sellers on Snapdeal approached commerce minister Nirmala Sitharaman to protect their interests due to increasing troubles at the e-commerce firm. The association estimates that in any given month, Snapdeal holds Rs 300-400 crores in the form of outstanding dues and goods in transit or refunds.

The All India Online Vendor Association (AIOVA) industry group had, in September 2016, met with the commerce minister to discuss the outstanding payments of sellers after e-commerce firm AskMe shut down.

Separately, news portal Moneycontrol reported last month that only 10% of Snapdeal's seller base is active. Many of these vendors haven't sold a single product in the past year.

During the annual festive sales last year, Flipkart and Amazon announced several financial incentives to sign up new vendors and also to help the existing sellers stock up on their products in anticipation of a spike in demand from customers. However, VCCircle had reported that these initiatives had received lukewarm response from sellers due to high interest rates and the distrust towards banks as well as the facilitators.