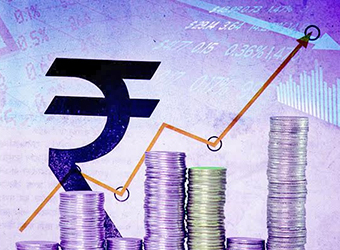 Clues Network Pvt. Ltd, which runs e-commerce company ShopClues, is looking to raise $75-100 million (Rs 490-652 crore) in fresh funding even as it begins discussions with merchant banks for an initial public offering (IPO), a financial daily reported on Tuesday.

The transaction is expected to be a mix of primary and secondary components, The Economic Times reported, without elaborating further.

The company has initiated talks with Credit Suisse and Goldman Sachs for the IPO, which is likely to take place in the first quarter of financial year 2018-19, the report further said. It added that the mandate for the IPO may be finalised over 3-4 months.

In its last funding round, it entered the exclusive unicorn club, having surpassed a valuation of $1 billion. It raised an undisclosed amount in a Series E round led by GIC, with participation from existing investors Tiger Global and Nexus Venture.

The Gurgaon-based company, which claims to have clocked 100 million monthly visits on its website, has over five crore products and five lakh merchants.

In October last year, it  acquired two startups to enhance merchant support on its marketplace.

In July 2016, it had made its first acquisition when it bought payments firm Momoe in a part-cash, part-stock transaction.

ShopClues has been in the news of late with founder and former CEO Sandeep Aggarwal accusing his wife, co-founder and chief business officer Radhika Aggarwal, and co-founder and CEO Sanjay Sethi of thwarting his re-entry into the company and having an affair.

However, the company's board has come out strongly in support of Radhika and Sethi, and accused Sandeep of engaging in personal vendetta.

"The company's differentiated business model and capital efficient approach has enabled it to become a market leader and has grown 30 times under this management. It is very disappointing to see an ex-founder, who disassociated from the company for his criminal wrongdoings, is now engaged in a personal vendetta on a public forum," said a statement from the board.