The content market is set to increase from 300 million users as on December 2018 to 550 million users by the end of financial year 2023, says a report titled Unravelling the digital video consumer by KPMG and EROS Now.

The report, which is based on a survey of 1,458 users across 16 cities, says 87% of the respondents prefer watching content on mobile phones.

Increase in ownership of smartphones, cheaper mobile data and better download speeds are some of the key factors helping OTT content growth in India, the report said.

Other players in the SVOD segment like Hotstar and Hoichoi have introduced offline payment systems through top-up cards and cash payments to reach out to their audience.

“With consumption now going mass and viewers spending close to 8.5 hours a week on online video, we see a homogenous pattern of consumption emerging cutting across age groups, income levels and professions,” said Girish Menon, partner and head of media and entertainment, KPMG India in a statement.

Viewers spend an average of 40 minutes during a single session and prefer content related to movies. Users also seem to be bingeing on video content with 30% of the sessions going beyond 45 minutes.

Here are a few key metrics from the report: 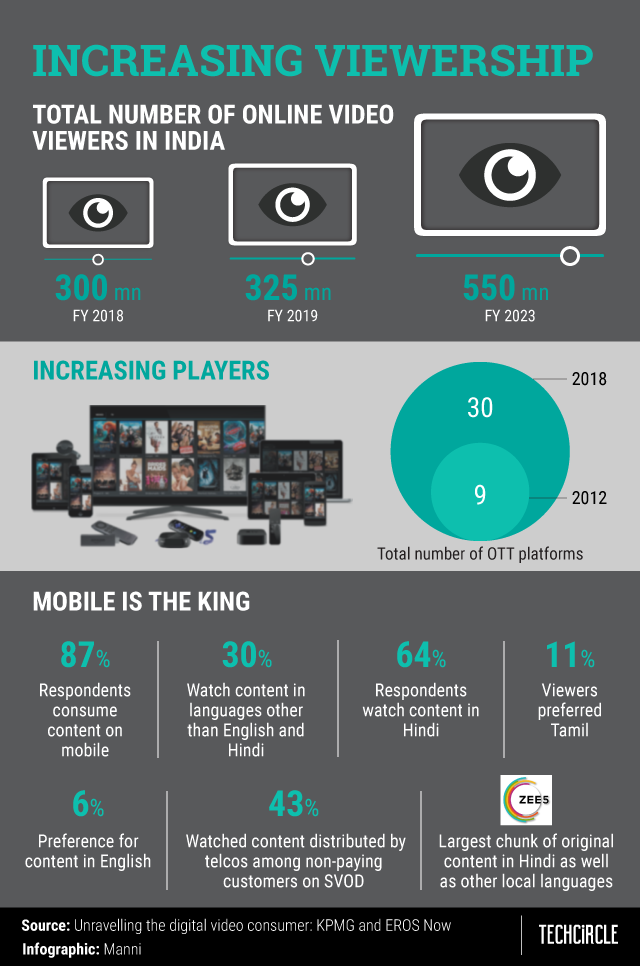