Deal Roundup: Ola Financial scoops up over half of $50 mn invested in subdued dealmaking week

Funding activity in the Indian technology startup space has seen several fluctuations since the country went into lockdown mode to contain the spread of Covid-19.

In the last week of May, investors put a total of $50.4 million (disclosed deals) to work, which was nearly half of the previous week’s tally of $108 million. Ola Financial Services alone scooped up $27 million. 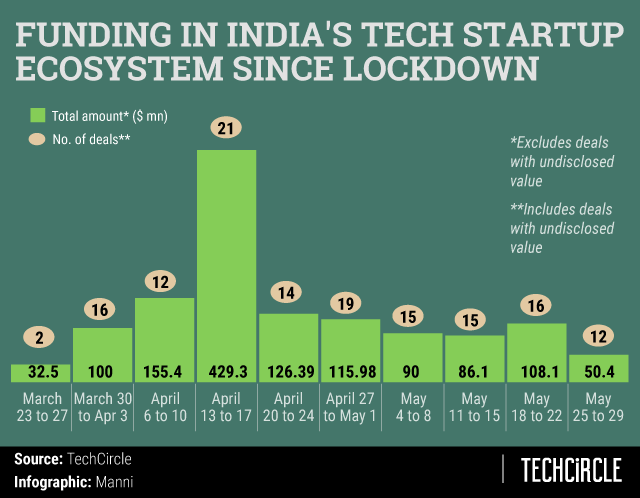 Investments were made across diverse sectors, with two companies in the fintech space, one each in sectors of edtech, agritech, foodtech, real estate, media tech, consumer electronics, logistics tech, healthtech and an electric vehicle maker. At least five of the investments were bridge rounds. A total of 12 startups raised funds, of which 5 were undisclosed amounts.

Hoi Foods: Hoi Food Concepts, which operates cloud kitchens under the Hoi Foods brand, has raised $2 million in a bridge funding round, dubbed as a pre-Series A round, led by returning investor 1Crowd.