How Skyroot is making affordable space launches a reality

When you set out to make an expensive purchase, whether the latest iPhone 12 or a dinner at the city’s fanciest restaurant, you check for offers for the best possible deal.

Sometimes the effort pays off, sometimes it doesn’t. However, when it comes to targeted space launches, Hyderabad-headquartered Skyroot Aerospace wants to ensure that companies, and even individuals, find the most cost-effective way to send small satellites into space.

Skyroot claims its solutions can bring down the cost of launching small satellites – weighing about 700 kilograms -- to a third. For reference, small companies charge somewhere between $30,000 per kg and $50,000 per kg for satellite launches. The price can even go up to $100,000 per kg if the mission involves smaller payloads and more complexities.

And that is just an early estimate, Pawan Kumar Chandana, the founder and CEO of Skyroot, told TechCircle. When the company is able to scale up and better optimize operations, a single mission is expected to be 40-50% cheaper than other existing players in the market.

According to Chandana, Skyroot has optimised the architecture of its yet-to-launch ‘Vikram’ series of rockets, named after Dr. Vikram Sarabhai, the father of the Indian space programme.

These solid propulsion systems need much less capital and time to develop, which helps the company realize cost benefits. The engines also have very few moving parts – an element that adds reliability and reduces the chances of failure.

Moreover, most of their vehicle is made carbon composite structure, one of the lightest known materials in the aerospace industry.

The advanced material, the CEO said, is about five times lighter than steel and produced with an entirely automated process using the resources available in India, further cutting down the cost of manufacturing.

Apart from Skyroot, IIT-Madras incubated Agnikul Cosmos is also building an affordable orbital-class vehicle. Other space-tech companies that have surfaced in India in the recent past include Pixxel Space and Bellatrix Aerospace.

Chandana, a graduate from IIT Kharagpur, developed the plan of making space launches affordable while working as a scientist at the Indian Space Research Organization (ISRO).

He joined the agency’s Vikram Sarabhai Space Centre (VSSC) in 2012 and was actively involved in the GSLV Mk-III project for five years. During this period, he met Naga Bharath Daka who worked as avionics engineer at VSSC. At the time, Daka was building hardware and firmware for onboard computer modules of launch vehicles.

By 2018, after honing their rocketry skills and taking inspiration from SpaceX, the duo decided to launch Skyroot to tap into the potential of the space launch market.

“Since then, we have built a fantastic team. We have like 70+ rockets scientists in one of the best teams in the world for building space vehicles,” Chandana said.

“Most of our work, including R&D and manufacturing, happens in India,” he added.

Their idea drew immediate attention from CureFit co-founders Mukesh Bansal and Ankit Nagori, who invested $1.5 million seed funding in the company, kicking off its operations.

According to VCCEdge data, the company has raised a total of $12.5 million and counts Graph Ventures, Sutton Capital, WorldQuant Ventures, Vedanshu Capital, Solar Industries, and Greenko founders Mahesh Kolli and Anil Kumar Chalamalasetty among its investors.

On the product side, Skyroot’s rocket series is set to include three key vehicles -- Vikram I, II, and III. 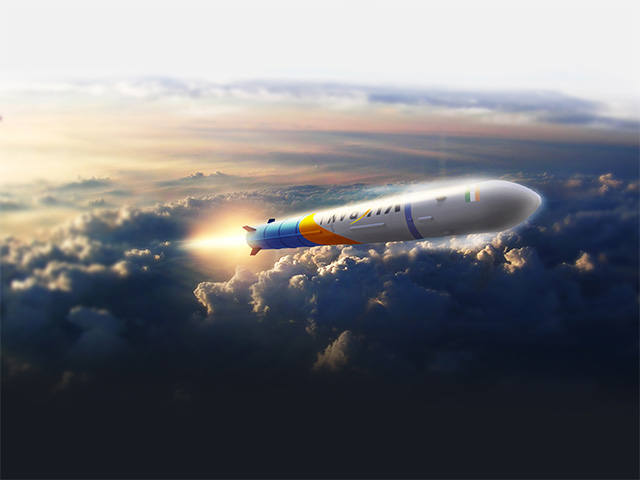 However, the interesting bit is, instead of being completely new rockets, Vikram II and III have been planned as upgrades over Vikram I.

Depending on the customer requirements, Vikram I could be configured with add-ons such as Cryogenic Methalox engine or strap on boosters and transformed into Vikram II or III.

“With just like 10-20% upgrade, we are able to serve customers with payloads ranging between 200 and 700 kilograms,” Chandana said, emphasizing that “No other small rocket company in the world has this kind of range.”

The CEO said that the company also plans to build a fourth, much larger vehicle in the future, with reusability capabilities. He denied sharing more information, saying that the company will have a separate announcement for it.

So, when will Vikram I lift off?

Skyroot has already tested the propulsion technologies for Vikram I and is currently engaged in full swing manufacturing of its three stages.

According to Chandana, the company will conduct a major test every two or three months, which will eventually pave the way for the first test flight of Vikram I. It is working in conjunction with ISRO for the testing and qualification of the rocket and expects to conduct the maiden flight by mid-2022.

Vikram II will follow soon after, taking off by the end of next year. Meanwhile, Vikram III would be assembled only on customer demand.

“Our focus is to get to orbit reliably and prove our vehicle in the first couple of launches. Then, once we become operational, we would be ramping up the production depending on the market demand,” Chandana said.

By 2023, the company expects to serve customers with at least one launch per month. A year or two later, depending on the demand, this could go up to one launch every week or 10 days.

“We have a good pipeline of customers who are already interested in launching next year,” the CEO said, noting that most of the clients are Earth observation, communication satellite manufacturers from the US and Europe.

He added that the company plans to conduct both dedicated and rideshare missions, and expects to clock $1 billion revenue in some six years from now. Think of rideshare missions as Uber for satellites, where payloads get dropped off one by one, instead of using a dedicated rocket for each.

“We are confident our partnership will help them accelerate towards being a leading space launch player globally,” they added.

While Skyroot shows promise, there is a big IF involved in these timelines and goals. The commercialization of Vikram I directly depends on the first flight, which is not going to be easy for Skyroot.

“It’s actually very difficult to predict but if you see international statistics, the possibility of succeeding in the first launch is very low,” Chandana said.

While he remains optimistic about reaching the orbit in one go, he did confirm that there are plans to raise more funds to support at least three to four re-attempts.

After all, even SpaceX couldn’t launch the Falcon rocket at the very first attempt!