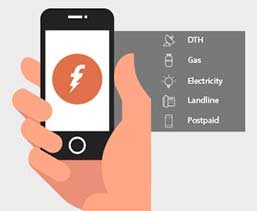 Snapdeal-controlled FreeCharge has launched a social payment feature called 'Chat and Pay' which directly connects buyers and sellers and allow them to pay over the chat function.

This is the first time a person-to-person and person-to-merchant interface for digital payments has been introduced in India.

"Payments are often social; they are in fact a very human interaction. Chat and Pay brings this human emotion to payments, making them deeply engaging. We are confident 'Chat and Pay' will accelerate the adoption of digital payments," Govind Rajan, chief operating officer, FreeCharge said in a statement.

The feature is inspired by the mobile-commerce model popular in China which enables consumers to bargain with the merchant online.

The new function will empower customers to discover nearby stores, place orders, exchange views and product images with merchants and then pay on chat once the order is delivered. Merchants will be to accept digital payments in less than 1 minute after registering on the FreeCharge app.

To accept payments, merchants have to register their bank account number, geo-location and chose a custom identifier - a #paytag to allow customers to identify their service area through the FreeCharge app.

The chat and pay service is seen as move to expand FreeCharge's digital payment ecosystem to neighbourhood shopkeepers, taxi services and merchants from unorganised sector without any investment.

The 'Chat and Pay' service will be first available on Android and over the next few weeks, will be made available on iOS and Windows.

FreeCharge claims that it has about 30 million registered users and that its wallet has registered over 15 million users since its launch in September 2015.