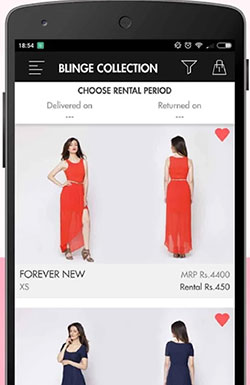 The startup was founded by IITians Shashwat Gopal, Pooja Dubey and Khanna in September 2015. Blinge is a rental platform that provides designer wear, branded outfits and accessories on rent. It follows a marketplace model and has a community of over 20 designers on its platform. The startup claims to be catering to over 1,000 customers.

"Blinge is creating a market that has a huge potential to disrupt the fashion industry in India," Khanna said.