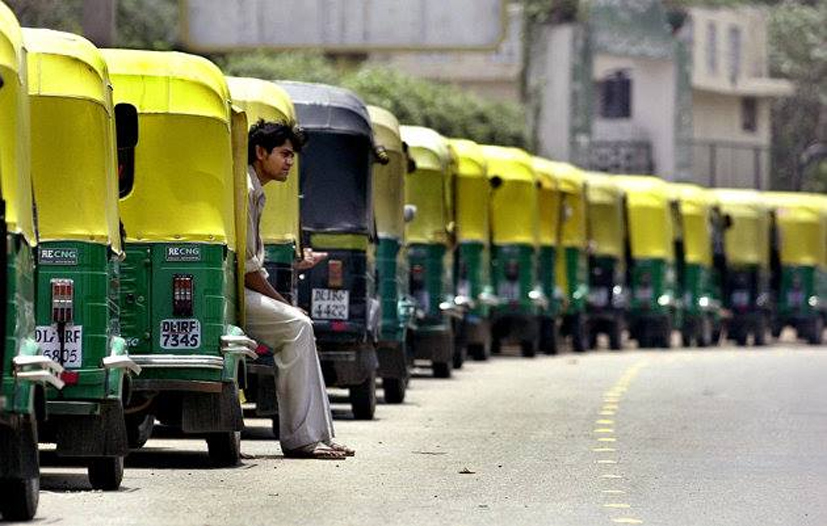 Gurgaon-based Yatra Online Pvt Ltd has acqui-hired the operator of autorickshaw aggregator mGaadi and employee transport services provider Cartr in a deal that will help the online travel agency boost its offerings and better compete with rivals in a crowded market.

Yatra, which competes with OTAs such as MakeMyTrip, Cleartrip, Goibibo, Ixigo and a host of other players, will integrate the workforce and technology platform of India Drivers Network Services Private Ltd with itself within three months as part of the all-cash deal.

Vishy Kuruganti, co-founder and COO of mGaadi, has joined Yatra as its senior vice president of technology. The other co-founder and CEO, Solomon JP, has exited the venture.

"This is an acqui-hire, which gives us a few products in complementary areas and a small technology team along with them," Sharath Dhall, president at Yatra, told Techcircle in an e-mailed response. "This team will be owning the cabs product, which we launched sometime back, and will be integrating their technology into our products so that we can go deeper into various aspects of ground transportation."

Acqui-hiring refers to the buy-out of a company primarily for the skills and expertise of its staff, rather than for its products or services.

In April, Yatra announced that it had tied-up with various taxi aggregators to offer cab services such as Ola and Uber through its mobile app, as it looked to provide more services to travellers to increase revenue. The company has also introduced outstation cab service for hourly, one-way, round and multi-city trips. The company will soon introduce self-drive and car pooling as part of its offerings.

"We are not competing with cab operators, rather, we are partnering with them to offer their products to our customers on our platform," said Dhall. He added that the integration of mGaddi and Cartr into Yatra's products will help it provide end-to-end ground transportation solution to users.

"This is a critical area for growth for us, which complements rest of our travel products," said Dhall. The deal is a clear indication that Yatra is moving toward becoming a one-stop player that offers a range of travel products under a single platform through inorganic expansion. In January, it acqui-hired trip planning startup Travel-logs India Pvt Ltd for an undisclosed amount. "Each of these areas offer us exciting growth opportunities as the market expands and online penetration increases," said Dhall.

Solomon and Kuruganti founded mGaadi in 2013. Solomon had earlier founded a number of for-profit and not-for-profit organisations. These included Maya (a non-profit working with the children and youth), Maya Organic and Labournet (a for-profit social enterprise) and Prajayatna (working for school reforms). Kuruganti previously worked at Graspr.com, a video social learning startup.

Unitus is now exiting the investment, it confirmed to Techcircle. It refused to provide any details. Yatra was founded in 2005 by Manish Amin, Dhruv Shringi and Sabina Chopra. It started off as an online travel agency and has now expanded to provide a range of travel products that include flight booking, hotel booking, holiday packages, bus, rail, cruises and taxi services.

The travel firm has raised a little over $90 million till date. It last raised $23 million (Rs 155 crore ) in a round led by IDG Ventures and Vertex Venture Management, the VC investment arm of Singapore's sovereign wealth fund Temasek, in 2014. Existing investors including seed investor Norwest Venture Partners also participated in that round.

Yatra posted a 29% rise in net sales to Rs 354 crore for the year ended March 2015, according to VCCEdge, the data research platform of VCCircle, based on the company's filings to the Registrar of Companies. But the company also incurred a 31.5% increase in total expenditure at Rs 436 crore and widened the net loss to Rs 89 crore, the data showed.