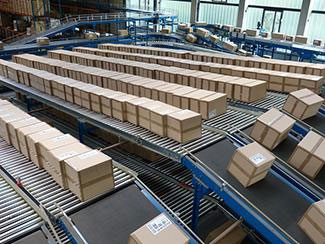 GoJavas, the logistics services provider to India's leading e-commerce companies, is at an advanced stage of talks for a partial buy-out by Delhi-based inter-city courier service operator Pigeon Express Pvt Ltd, two people in the direct knowledge of the development told Techcircle. They said the new management is likely to take over the company as early as next week.

The Gurgaon-based logistics startup is likely to retain its fulfilment services business, which includes warehousing, storage, packaging and inventory, operated under the GoFill banner, one of the people said. It is only the flagship business of GoJavas that Pigeon is likely to buy.

Financial details of the deal could not be ascertained by Techcircle.

GoJavas has been in doldrums for the past several months and had suspended its operations on August 2. The company, according to the two people mentioned above, told its employees earlier this month that it will resume operations by August 17. "It is likely that Pigeon will be on board by then," said one of the persons quoted above.

Praveen Sinha, the key shareholder in GoJavas and Pigeon Express' director Anand Rai did not respond to email queries sent by Techcircle.

Founded in 2004, Pigeon Express is a logistics service provider with 135 delivery centres across India and works with the country's leading e-commerce companies.

Techcircle reported on Tuesday that a Delhi-based logistics firm was in talks with GoJavas to acquire the latter.

GoJavas was originally launched by Abhijeet Singh, Ashish Chaudhary and Randhir Singh Chaudhary under QucikDel Logistics Pvt Ltd. Later, Abhijeet, reportedly, transferred his 50% stake in the company to Sinha, who, then, became the largest shareholder in the logistics company.

In 2013, GoJava was spun off from Jabong as an independent third-party logistics firm. The allegations of fraudulent transactions between Jabong and GoJavas pertain to this period.

Sinha, meanwhile, denied any wrongdoing and also threatened legal action against the owner of a Twitter handle, who, purportedly, spread the news of an inquiry set up by Jabong's primary investor Germany-based Rocket Internet into Sinha's role in the alleged financial irregularities in the dealings between GoJavas and Jabong.

In 2015, Sinha, along with few more promoters, sold 42% stake in GoJavas to e-commerce company Snapdeal over two rounds.

GoJavas, however, couldn't scale up the business. Snapdeal, meanwhile, set up its own logistics unit called Vulcan Express even as it continued to remain invested in the company. Last month, reports emerged that GoJavas was in talks with Snapdeal for a buy-out but the deal fell through on account of differences between the two companies over valuation.

Post the fall-out, Snapdeal pulled out its business from GoJavas and started relying on Vulcan Express. It also poached key personnel from GoJavas, thus, destabilizing the company a bit. This coincided with Jabong ending up in the hands of country's largest e-commerce company Flipkart, which, already has its own logistics firm.

With two of its big clients, Snapdeal and Jabong, gone, and some top-level exits along with the allegations of fraud, GoJavas fell off track and was soon facing a closure. In this scenario, the sale to Pigeon seems like a distress call and is not likely to fetch any handsome returns to its promoters and investors, including Snapdeal. The latter, reportedly, invested around $39 million (close to Rs 250 crore) in the company.

The fall-out of these quick developments, and the departure of senior executives such as chief financial officer Ritu Madan, who quit barely three months after joining the company, was that GoJavas suspended its operations earlier this month.

GoJavas, however, blamed the suspension of business on some IT-related backend hitches and said in a statement that it was getting ready to roll out a new operational model even as it told its employees that the company will be back in business by August 17.

The people mentioned above said that the deal between GoJavas and Pigeon is about to be closed and an announcement to the effect will be made over the next few days.