Snapdeal nudges buyers to pay before delivery with new service 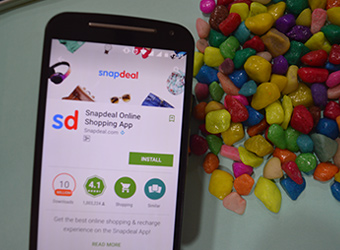 E-commerce marketplace Snapdeal has introduced a new service that promises free next-day delivery and other benefits to buyers who pay at the time of purchase, in a tactic aimed at goading users to move away from the cash-on-delivery model that helped popularize e-tailing in India.

Snapdeal Gold doesn't need any registration, offers free shipping and promises a 14-day return period compared with the usual one week. But all these facilities are only for those users who pay via credit or debit cards, Internet banking, equated monthly installments or digital wallets, Snapdeal said in a statement.

Next-day delivery will be provided wherever it is available, the company said; the facility is available in 104 cities across India.

Snapdeal, backed by Japan's SoftBank Group Corp, hasn't explicitly said that it will exclude people paying in cash from the new service in the future as well. Still, the move is significant considering that cash on delivery has helped all e-commerce companies grow rapidly over the past few years in a country with relatively lower penetration of cards or net banking compared with the developed economies.

Cash on delivery also helped e-tailers gain trust of buyers when the segment was at a nascent stage. It has its pitfalls, though. Cash on delivery increases costs for e-tailers as it adds another layer to the supply chain and requires cash handling. Product returns make it even more difficult.

The move comes at a time when the funding crunch for tech startups is getting worse and even bigger companies such as Snapdeal and Flipkart are reportedly finding it difficult to raise money from investors at their preferred valuation. VCCircle reported earlier this month that Snapdeal had sent feelers to both Flipkart and Amazon to explore the possibility of a potential merger with either company. Snapdeal denied the report.

Amazon Prime, announced in July, charges an introductory annual subscription fee of Rs 499 and offers benefits such as faster delivery and early access to top deals. Flipkart Assured promises to deliver products in two to four days and does not require paid membership. It also offers to ship products above Rs 500 for free.

Neither Flipkart nor Amazon, however, differentiate users on the basis of the payment mode. Snapdeal's new offering, therefore, shows it is confident—or at least hopes—that India's e-commerce industry has matured a bit.

Separately, Snapdeal is working on a plan to overhaul its brand as it seeks to differentiate itself in the market and better compete with bigger rivals Flipkart and Amazon. Before Diwali, the third-largest online retailer in India might come up with a new logo and introduce a new tagline, Mint reported, citing people aware of the development. According to the newspaper, Snapdeal co-founder Rohit Bansal is working closely with advertising agency McCann Erickson for the rebranding project.