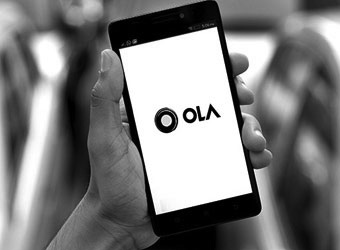 ANI Technologies Pvt Ltd, which runs cab-hailing app Ola, is reportedly in talks with its existing investors that include Japan's SoftBank and US-based General Motors, for a fresh round of funding to raise $500 million.

Ola has held preliminary discussions with US automobile giant General Motors (GM), which is an investor in Uber's American competitor Lyft, The Times of India has reported.

The report said that GM's CEO Mary Barra met with Ola's co-founder and CEO Bhavish Aggarwal in San Francisco, a few months ago.

Ola had raised its Series F funding in November last year. It has raised to total of $1.3 billion to date. The last round of funding came from Scottish investment firm Baillie Gifford and China's Didi Chuxing, besides some existing investors.

Falcon Edge Capital, Tiger Global, Japanese internet and telecom conglomerate SoftBank Group, and Russian investment firm DST Global were the existing investors that put money in Ola in the last round of funding.

The taxi-hailing business in India is heating up as both Ola and the US-based Uber Technologies Inc are investing heavily to entrench themselves in the country. Last July, Uber India president Amit Jain said the company would invest $1 billion in India over nine months for expansion.

Recently, Uber had said that it will shift its focus to India, after it sold its Chinese business to rival Didi Chuxing.

These figures do not include financials of TaxiForSure, which Ola acquired in 2015.

Ola recently shut down TaxiForSure and had laid off close to 1000 employees as it was trying to streamline its business.