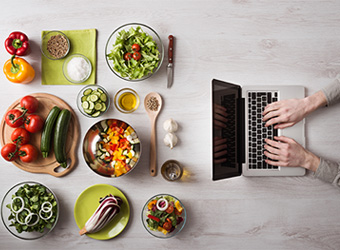 IIFL Seed Ventures Fund is the venture capital and private equity arm of IIFL Wealth & Asset Management. The investment arm raised a sector-agnostic fund last year to invest in early- and growth-stage companies. Box8 is the first food business the fund has invested in.

The company will primarily invest the funds to expand its services to at least three more cities, Box8 said in a statement.

It currently operates in Mumbai, Pune and Bengaluru. The company will also use the funds to strengthen its supply chain ecosystem, power its technology infrastructure, and enhance product development.

"Our strategy of establishing ourselves in certain key markets, instead of spreading wide and thin, has helped us scale fast and develop a loyal customer base in a capital efficient manner," Amit Raj, co-founder, Box8, said in the statement.

Founded in 2012 by IIT graduates Raj and Gupta, Box8 is a full-stack online food delivery player where it controls every aspect of its service including preparation and delivery of the dishes. Its menu consists of over 100 Indian dishes including meals, biryanis, wraps, sandwiches and salads.

The company was launched as a Mexican-only quick service restaurant (QRS) chain but it later tweaked its model to serve Indian dishes.

It claims to serve 12,000 meals a day through a network of 60 stores across three cities. The company claims over 85% of its transactions come from repeat consumers.

Box8 had raised $3.5 million (Rs 22 crore) in a Series A round of funding from Mayfield in May last year.